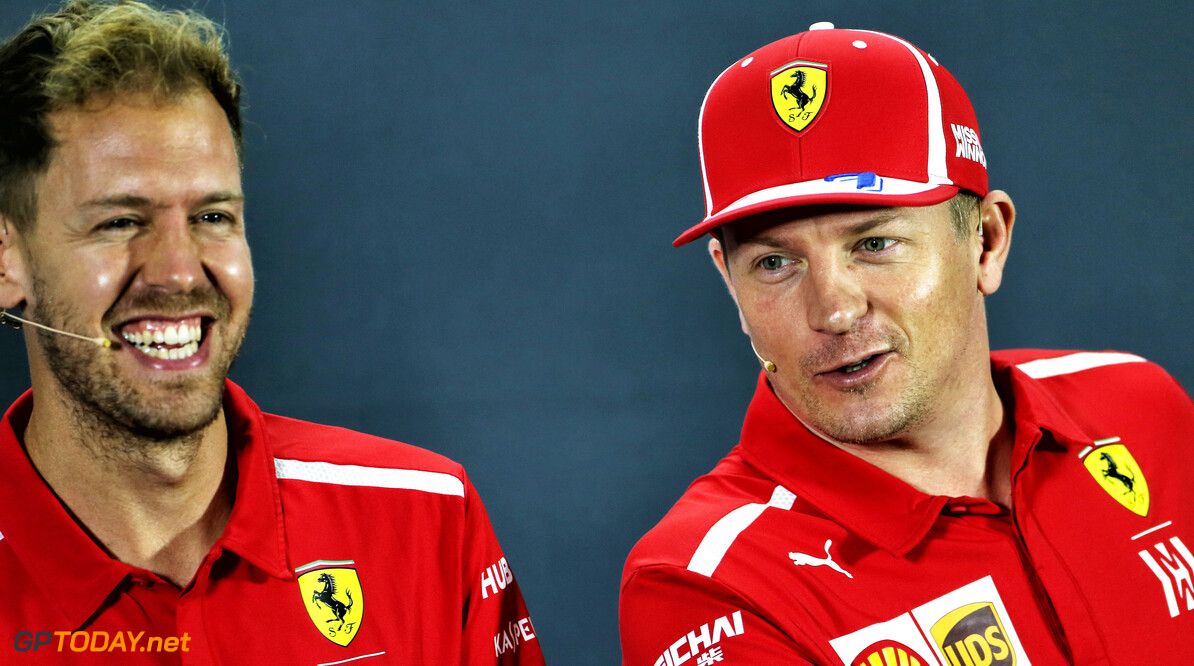 Kimi Raikkonen says that he expects to maintain his strong relationship with Sebastian Vettel, despite the two no longer being teammates. Raikkonen signed with Sauber after Ferrari opted to promote its junior driver Charles Leclerc for 2019.

Raikkonen and Vettel were teammates at Ferrari for four years after Vettel replaced Fernando Alonso at the Maranello squad in 2015. The two often praised their 'no bullshit' partnership, despite Vettel consistently beating the 2007 world champion.

"I’m sure we’re going to see each other often," Raikkonen said. "I don’t think it has changed from when we met for the first time to today, so I don’t see why it is going to change anywhere even though we’re not racing in the same team. We will stay friends, and I’m sure we’ll travel together sometimes and see each other."

Leclerc joins Ferrari despite only having a year of F1 experience under his belt. The Monegasque driver is being tipped to offer Vettel a tougher challenge than Raikkonen, but Vettel doesn't think that his relationship with the 21-year-old will be different from the one he has with Raikkonen.

"[Leclerc's] a good kid. I don’t expect there is anything wrong on-track," Vettel said. "I think we will be rivals as much as Kimi and myself are rivals. You always try to get first, and if you do that, you beat everybody else, also your teammate. We will see.

"We also know we want to bring Ferrari back to winning ways. For him it’s obviously a different point in his career compared to mine, but I think time will tell. From what I know now and how I know him now, he seems like a good guy."