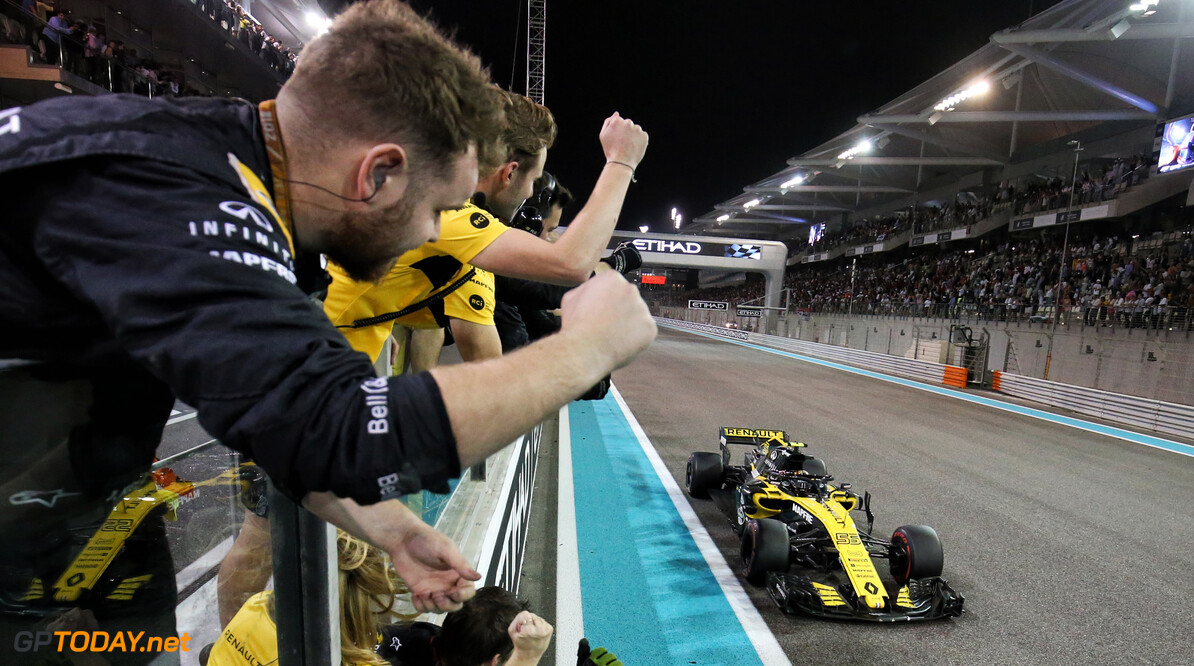 Carlos Sainz says that his sixth place finish at the Abu Dhabi Grand Prix was redemption for losing out on high scoring finishes earlier in the season. The Spaniard claimed the best of the rest spot in Abu Dhabi, beating Charles Leclerc.

Leclerc was running at the head of the midfield in the opening phase of the race but dropped back after being held up by Fernando Alonso following an early pit stop under a virtual safety car period.

Sainz missed out on high scoring positions in France and Mexico with car issues but managed to bag his best result since the Azerbaijan Grand Prix at the season finale. It further solidified Renault's fourth place in the standings, a nice parting gift before he leaves for McLaren.

"Today was a really great result for us and this sixth place feels a bit like payback for France and Mexico," said Sainz. "We deserve it! I had a very strong pace all the way and it was a perfectly executed race. We achieved fourth in the Constructors’ Championship and it is a very big result for us.

"This last race of the season firmly demonstrates all the progress made this year. I leave this team feeling very happy with what we’ve achieved and as a driver, it makes me especially motivated.

"This was my last race with the Renault team and I thank everyone for the last year and a half. I’m not leaving the family and look forward to continuing to see many of my Renault colleagues as I join McLaren."