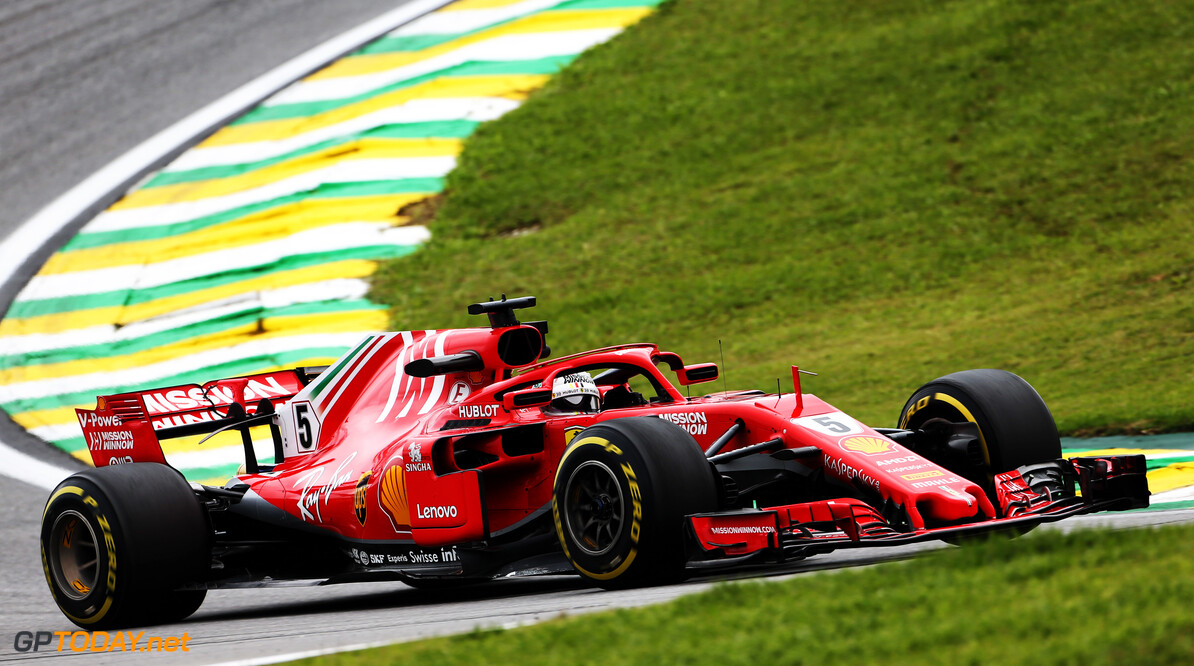 Sebastian Vettel has topped the final practice session at Interlagos after setting a 1:07.948. It marks the first time Ferrari has finished in front of the competition this weekend after coming close in the opening two practice sessions on Friday.

Newly crowned five-time world champion Lewis Hamilton finished in second place, over two-tenths behind Vettel. Hamilton had a slight issue during the session, with a loose breather pipe in the power unit causing it to billow smoke as it returned to the garage.

However it was not deemed serious and the Briton was able to continue on his way. The second Mercedes of Valtteri Bottas was behind Hamilton, but was three-tenths down on his teammate. Bottas' compatriot Kimi Raikkonen followed in fourth.

Red Bull claimed on Friday evening that it would not be in the pole position fight on Saturday due to the engine deficit to Mercedes and Ferrari. Max Verstappen ended up in fifth place, but was 0.785 down on pace-setter Vettel. Daniel Ricciardo was sixth, half a tenth down on Verstappen.

After a strong Friday for Haas, the American squad continued its strong pace into Saturday. Romain Grosjean got the better of his teammate Kevin Magnussen with the duo coming home in seventh and eighth respectively.

Pierre Gasly, who is running with the upgraded Honda engine this weekend, and Charles Leclerc rounded out the top ten. However, the mid-field fight is once again looking close, as the Renault of Nico Hulkenberg was just 0.013 outside the top ten.

As it looks to overtake McLaren for sixth in the championship standings, Force India had a tough session, failing to get a car inside the top ten. Esteban Ocon ended the session behind Hulkenberg, while Sergio Perez was second last, splitting the two McLarens.

Marcus Ericsson and Carlos Sainz followed Ocon but were only just ahead of the Williams' and the second Toro Rosso of Brendon Hartley. The Kiwi split the two Williams', with Sergey Sirotkin getting the better of Lance Stroll, who was seventeenth.