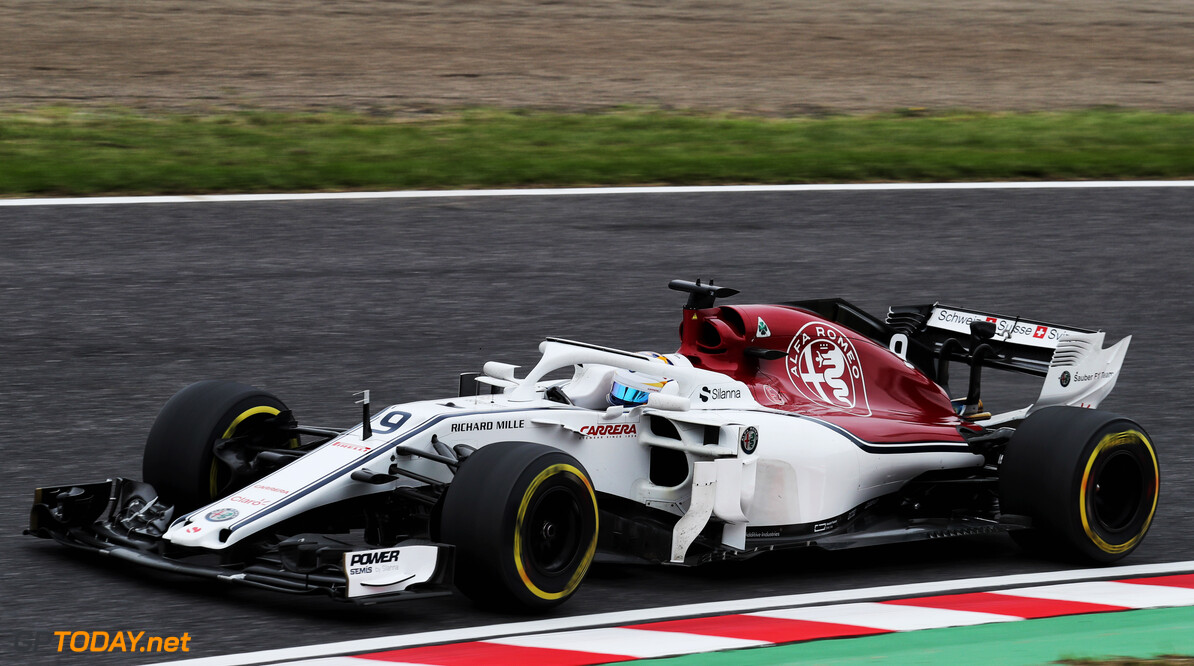 Marcus Ericsson has described the contact he made with teammate Charles Leclerc during the Japanese Grand Prix as "a scary moment". A safety car period was called early on in the race, causing the field to bunch up.

As the session prepared to restart, the cars trundled through 130R and into the final chicane. However, Ericsson says he wasn't expecting everyone to be going so slowly and couldn't avoid contact with Leclerc, hitting into his rear.

Ericsson says he spoke with Leclerc after the race, who revealed he almost hit the car in front of him: “Bit of a scary moment!” Ericsson told the official F1 website.“A bit weird that everyone just stopped there, so it was like we’re almost standing still. I couldn’t stop the car with cold tyres.

“Luckily I tapped him and then we picked up a little bit of damage but was not too bad, not ideal! I spoke to Charles afterwards and he said he almost did the same to the car ahead of him and he was caught out ahead of him with everyone stopping.”

Ericsson had a tough weekend after he crashed the car in qualifying. The Sauber displayed good pace throughout the weekend, but any chance of points fell dramatically when the Swede found himself found the barriers on Saturday.

“It’s definitely frustrating because I think we should have qualified around P10, like Charles did, because for sure the pace is there. It’s very frustrating what happened in qualifying. I think if I would have started a bit higher for sure the points were there. Frustrating, but I want to bring the positives as well and I’ll bring that within me.

“It was good afternoon I think. From starting 20th on a track like this, you know it’s going to be a difficult afternoon. The pace was very strong, we knew it would be strong on Friday where I think we were best of the rest on the long runs, but I was surprised how easily I could overtake the Williams and the McLarens early in the race.

“We took a gamble under the Safety Car and took on mediums, I knew the aim was going to be going to the end and it would be critical, but it’s one of my strengths, the tyre management, and I think I played that really well, I took care of them in a really good way."