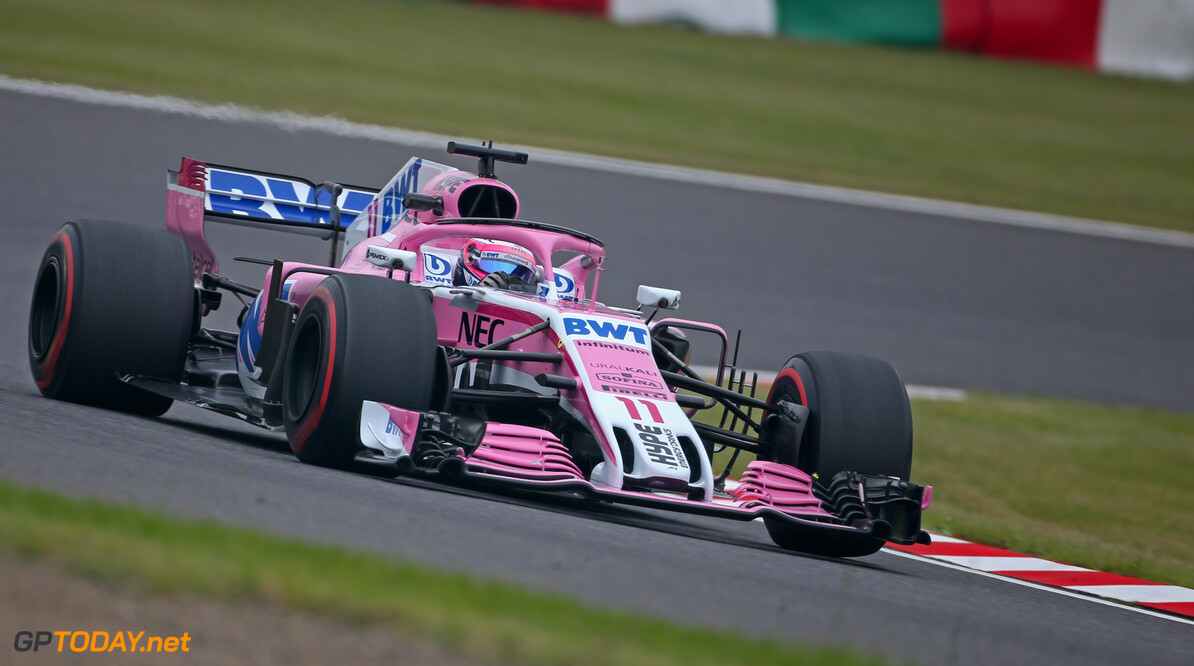 Perez believes he 'should have' been higher than P10

Sergio Perez admits he was left disappointed following his qualifying effort at Suzuka on Saturday. The Mexican got himself inside the top ten after Q2, making it through to the final stage.

However the Force India driver then set the slowest time out of the runners. The 28-year-old will start the race from ninth on the gird after teammate Esteban Ocon was handed a grid penalty for an altercation that occurred during final practice.

Perez couldn't improve on the first lap he set in Q3 as the rain started to fall midway through the session. Reflecting on the hour of qualifying as a whole, the former Sauber and McLaren racer says it was tough running.

“I am not very happy with my qualifying result because I think I should have been in front of quite a few other cars,” said Pérez.  “It was a difficult session from the beginning of Q1.

“I was completing my lap when the red flag for Ericsson’s crash came out: I was just metres away from the line but I didn’t get a lap and I had to go again. In Q3 I went wide and lost a lot of time on my first lap when the track was at its best so there is definitely the feeling I could have done a lot more today.”

Despite the disappointing result, Perez is confident that he has the pace to recover and bag more points: “We need to make up some ground tomorrow,” he stated. “We start in the top ten and we have good pace so good points are achievable.”