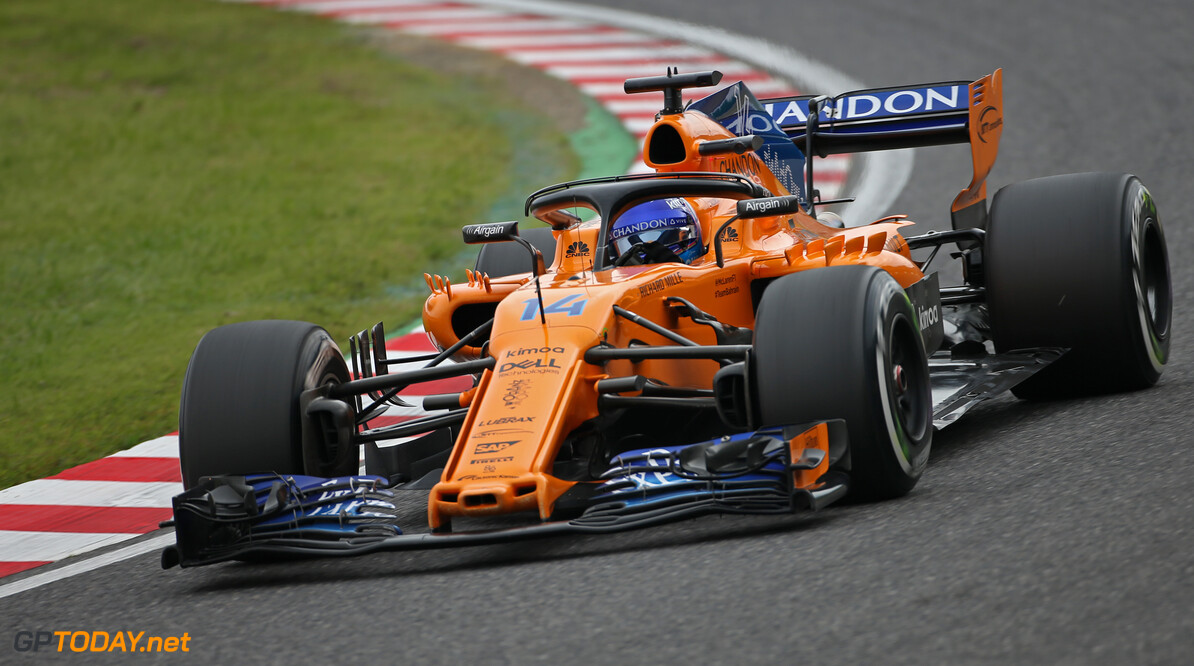 Alonso was convinced of Q2 safety

Fernando Alonso says he was sure he was safely into the second stage of qualifying following one of the "best laps" he has produced in qualifying. The Spaniard dropped out of Q1 and will line-up in P18, ahead of his teammate Stoffel Vandoorne and Sauber's Marcus Ericsson.

McLaren has struggled as the 2018 season has worn on, failing to keep on top of the development race. The 37-year-old's fastest lap was almost three seconds slower than pole-sitter Lewis Hamilton, but he says that he couldn't have extracted any more from the car.

“I was convinced when I crossed the line that we could be in Q2 easily because probably it has been one of the best laps I did in my life here at Suzuka,” Alonso admitted.

“I saw now the onboard again in the engineers’ room. If you have a chance, watch it, because there is not one millimetre on entry, on exit, on the kerb. It was maximum risk, and I think it was the maximum today.”

Alonso will leave F1 at the end of the season after years of racing in uncompetitive cars. The double-world champion claims that the Woking squad has not introduced a car upgrade since the Spanish Grand Prix, five months ago.

“The lack of development is probably the most of this result,” he said. “I think we constantly see new parts to the midfield guys every weekend, because we see their cars, we see the pictures you guys take of the cars etc.

“We see always updates to everyone, and from probably Spain, we don’t have any. So I think it’s probably the reason why. But also the circuit itself I think maybe has different characteristics than Spa or whatever it shows a little bit more our weakness.”