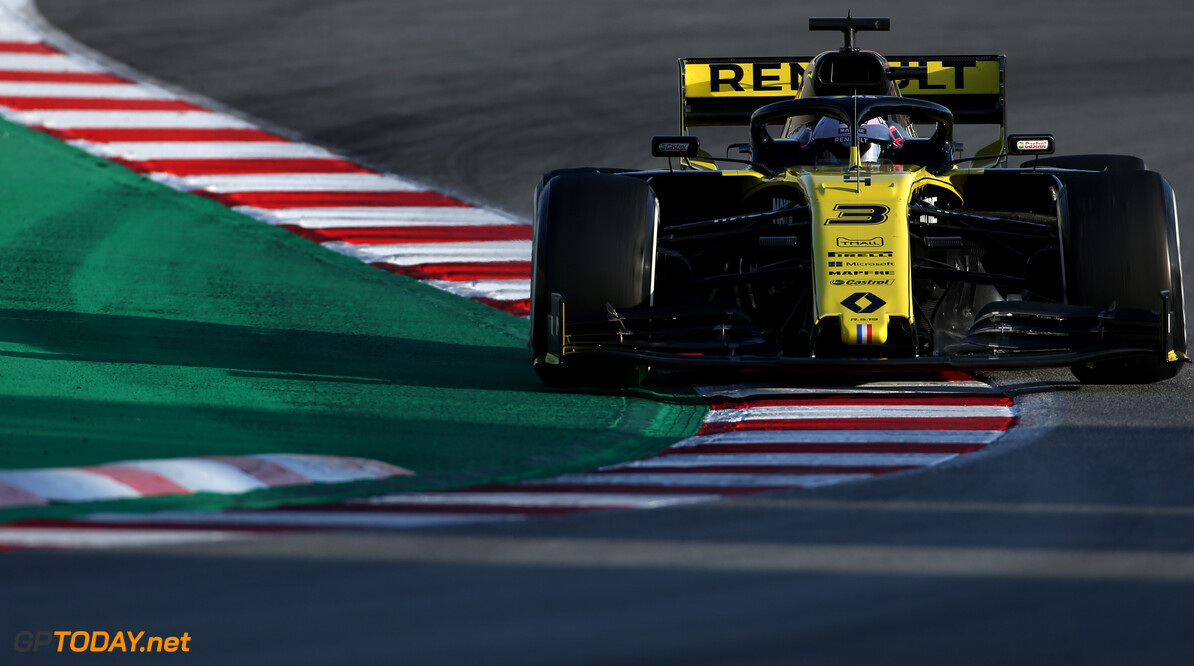 Daniel Ricciardo says that joining the Renault F1 team for the 2019 season was less risky than staying at Red Bull.

Ricciardo signed a two-year deal with the Enstone squad last year, announcing his shock decision to leave the energy drink outfir after five years. Prior to the announcement, Ricciardo was on the verge of signing an extension with the team, following in the footsteps of former teammate Max Verstappen.

However, he opted against a contract renewal and instead joined the resurging Renault outfit. This year, Red Bull will run with Honda engines which have not yet been as efficient as the units from championship competing Mercedes and Ferrari.

“Part of the risk was Honda and whether they perform or not," Ricciardo said. "I’m coming here to Renault and yes, I want to win, but the expectation is that we won’t this year. We want to improve and, if we do, awesome.

"At Red Bull, it was like 'Okay, this year is going to be our year' and there’s nothing wrong with that. The risk of being let down and disappointed is much higher. I went there after they’d won four world titles so I was like “Oh I’m gonna have a world championship car.” For five years, that wasn’t the case. It wasn’t all bad, don’t get me wrong."

"If the move with Honda doesn’t work, then it was just more risky for my happiness within the team and everyone’s motivation. So there’s less risk by coming to Renault and there’s more room for us to grow. Every year, Renault have grown and improved.”

In his time with Red Bull, Ricciardo bagged a handful of Grand Prix victories and an abundance of podiums. Although he wasn't given a championship competing car over the course of his time at the team, he doesn't view his time there as negative.

“I don’t look back on it negatively at all, they gave me all my current milestones in F1. I’ll look back and obviously go “Oh, I wish you’d signed me for 2013!” That would have been awesome or, you know, Mark Webber retiring a year earlier. But I don’t look back bitterly.

"They provided me with amazing opportunities and that’s just how the sport is. It’s how it works. That was the best option I had, and it wasn’t all negative. The five years of coming close but not close enough; I felt if I did another year or two with the same outcome, I felt that was the risk I had to take with and go “It’s time to make a change.”

"That’s the personal thing, I could have gotten demotivated or frustrated.”