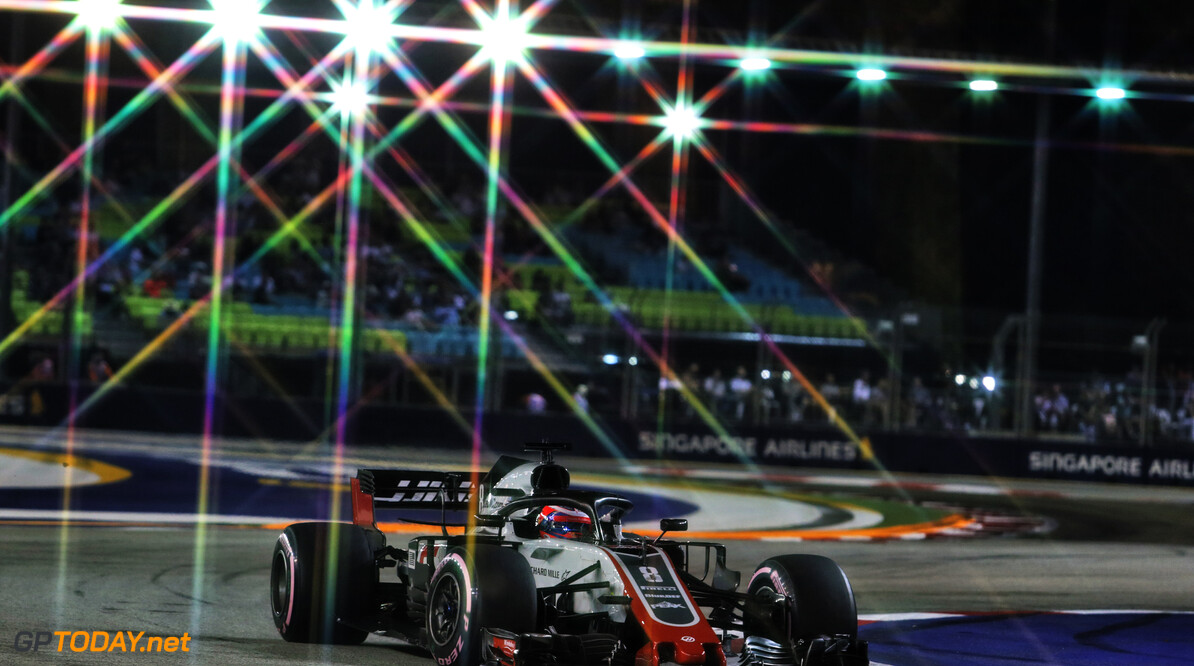 Romain Grosjean has accused Sergey Sirotkin of "go-kart driving" during the Singapore Grand Prix. The two were involved in a tight scrap when Lewis Hamilton and Max Verstappen came up to lap them.

Grosjean was found guilty of not obeying the blue flags in time, as he waited until he overtook Sirotkin to let the leaders through. Formula 1's race director Charlie Whiting described the incident as one of the worst cases he's seen in the sport.

Hamilton lost multiple seconds to Verstappen, who closed right in on the Briton who was sitting behind the backmarkers. Grosjean received two penalty points for the incident and is now just three points away from a race ban. However, he has pinned the blamed Sirotkin's driving tactics.

"I’m sorry if I blocked anyone, it was not my intention,” said Grosjean. “I believe I did my best. I was fighting with Sergey, who was doing a little bit of go-kart racing out there. I couldn’t really slow down. Pierre [Gasly] was on my gearbox and Sergey was on my front wing. I passed him, then as soon as I passed him, I let Lewis by.”

Grosjean also received a five-second time penalty for his antics, which dropped him to P15 in the final classification. Haas team boss Guenther Steiner says that Grosjean suffered from starting on the hyper soft tyre as he advanced into the final qualifying session.

“If you have to start on these tyres, and the other ones are so much superior, if you qualify outside of the top 10 you have such an advantage. Then we got stuck behind the Williams, which didn’t move out of the way, one thing went to another, and that’s where we ended up.”