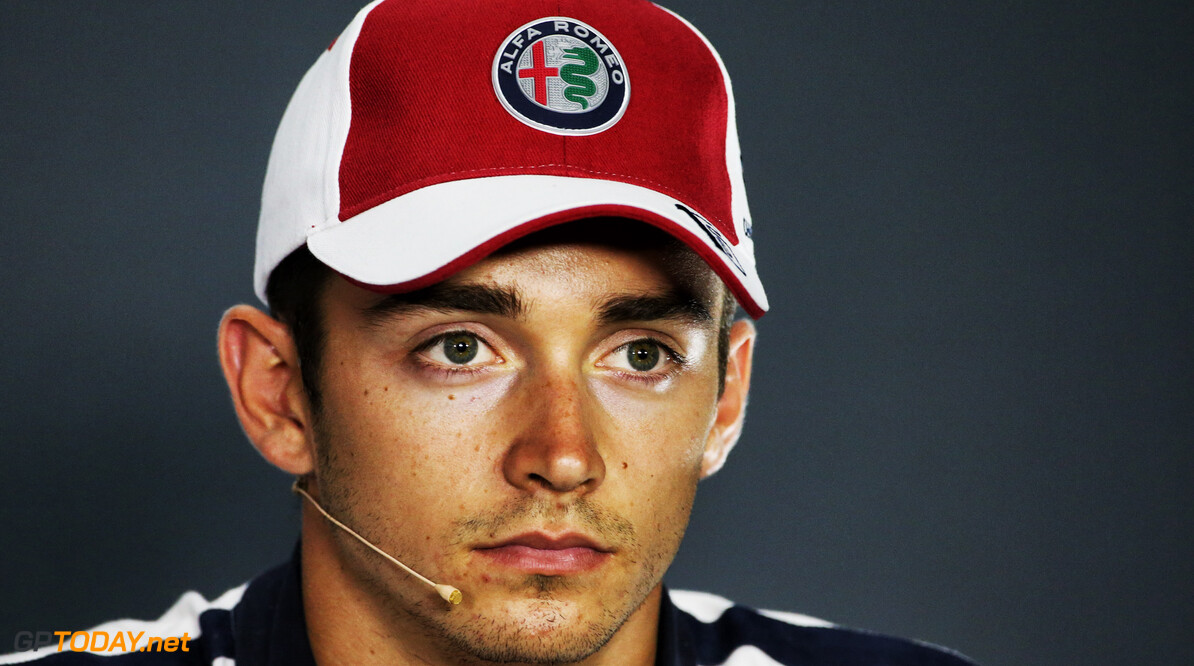 Charles Leclerc says that he will aim to win the 2019 Formula 1 world championship should Ferrari provide him with a title contending car next year.

The Monegasque driver confirmed on Tuesday that he would be joining the Italian squad for the 2019 season, replacing Kimi Raikkonen who will make the move to Leclerc's current team, Sauber.

Raikkonen has played second fiddle to Sebastian Vettel at Ferrari since Vettel joined him in 2015. However Leclerc is aiming to bring out the best in the car and fight for the world championship, something Raikkonen hasn't been able to do since he returned to Ferrari in 2014.

"This is definitely the target," he said. "I don't know whether I will achieve that or not but one thing for sure is I will give my absolute maximum. I have seen a lot of people who are doubting the decision, which is completely normal and I understand that but I will just try to prove these people wrong and do the best job possible.

"Experience is always a plus, but I believe if you are good enough for an F1 seat, you are good enough from the year you arrive in F1. And if next year I don't have the results good enough to stay in Ferrari, then it will be normal I downgrade. But then I don't deserve a Ferrari seat and this is how I see the things.

"I will have to grow a lot and I need to deliver. I am not going to Ferrari to learn. I have had a very good season this year where I could learn the most of it. I have so much to learn still and I can still improve in a lot of things. But next season is to perform where you should be in a big team."

Leclerc has impressed in his rookie year in F1. So far, he has bagged 13 points with a best finish of sixth, which came at the Azerbaijan Grand Prix. And despite making the big leap to a senior team, the 20-year-old isn't feeling any pressure.

"A lot of people think I will have a lot of pressure on my shoulders, but I really don't," he clarified. "I have a mentality that is really taking off all the pressure. I focus on myself and don't think about what people expect of me in the car"

"If I do the right job in the car, the performances will be there. I just fully focus on myself and the job I do in the car and then I think the results will come. I don't really feel the pressure."