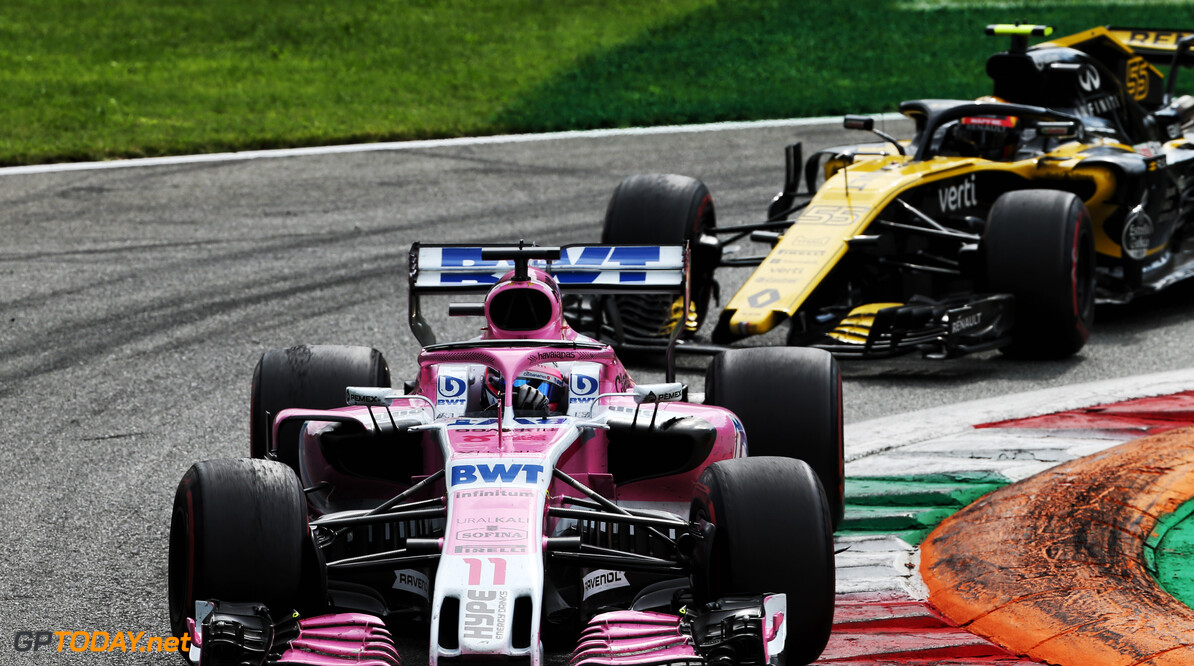 Sergio Perez was happy with his performance at the Italian Grand Prix as he drove home to cross the line in 8th place. The Mexican recovered from a disappointing qualifying session, in which he dropped out after just the first stage.

Perez qualified in 16th but was pushed up two places following penalties for Daniel Ricciardo and Nico Hulkenberg. On lap 1 of the race, Perez made contact with Kevin Magnussen, which resulted in steering issues for the Force India driver.

While he is happy with his result, he feels he could have finished higher if he hadn't clashed with Magnussen: "I am happy to come away from here with points, especially considering we were starting pretty far back on the grid,” said Perez.

“Unfortunately, I had to carry really big damage for the whole of the race: I was in a battle with Kevin [Magnussen] and he cut the chicane twice when I had already passed him. He was not told to give the position back but I managed to get alongside him again at Lesmo. He just didn’t give me enough room and put me all the way to the inside.

"In such a fast corner, there was always going to be contact and it ended up damaging my car badly. I had lots of understeer so it was a very difficult race. The best of the rest was achievable today. You can see where I started and the pace we had today, so I definitely should have been up there today."

“Despite these problems, we had strong pace and I was right behind Esteban [Ocon] in the final part of the race as we both tried to get ahead of [Romain] Grosjean. We didn’t quite manage to be ‘best of the rest’, but all things considered we did a good job today.”

A number of hours following the conclusion of the race, Romain Grosjean was disqualified after his car was found to not be in compliance with the regulations. It meant that Perez was boosted up into 7th, which lifted Force India ahead of Toro Rosso in the constructor's standings.

Force India had its previous points stripped prior to the Belgian Grand Prix after it was forced to race as a new entry. Perez pointed out that the team would theoretically be 4th in the standings right now, and is using that as a boost heading to the next round at Singapore.

“The results from the last two weeks show how strong this team is. We would be theoretically fourth in the championship and we are scoring good points. In Singapore we will get some upgrades, which hopefully means we can keep performing well in the final few races of the championship.”