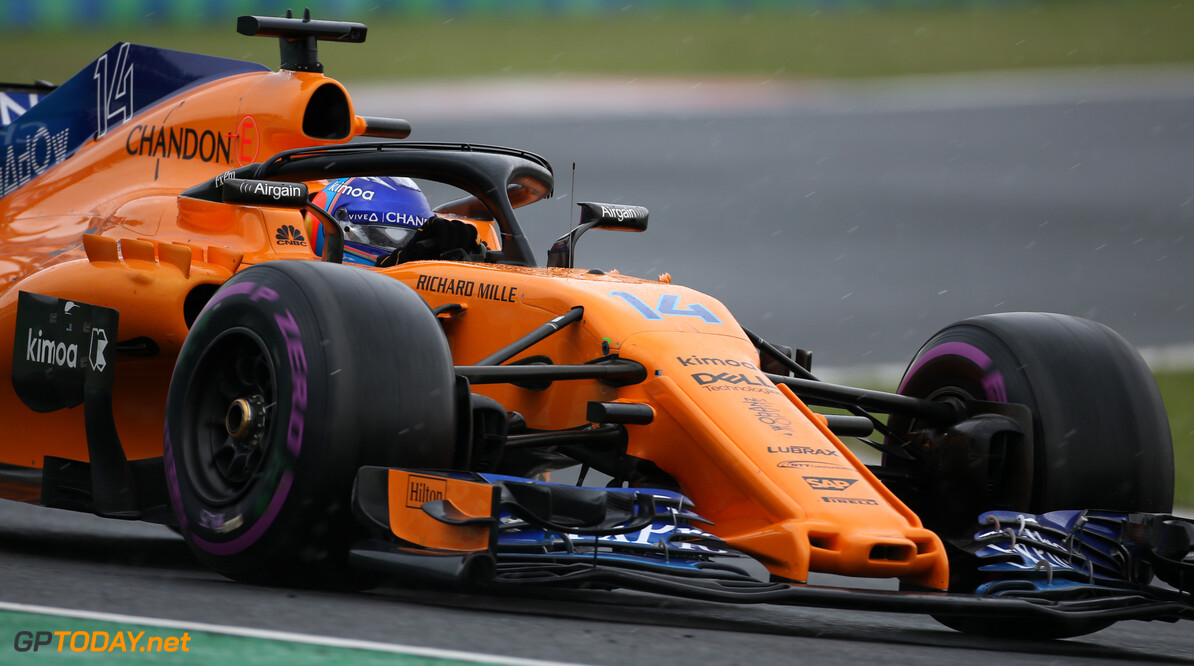 Fernando Alonso says that he can't understand how Nico Hulkenberg missed his breaking point so badly at the start of the Belgian Grand Prix. The German caused a huge incident, hitting into the rear of Alonso as the cars ploughed into the opening corner.

Alonso was then sent flying over the top of Charles Leclerc's Sauber, with photos showing apparent damage to Leclerc's Halo. The incident had a resemblance to the big shunt at the start of the 2012 race at Spa caused by Romain Grosjean, who received a race ban for the incident.

"Yet again a very big-time missed braking point," Alonso told the BBC. "Last time Romain had a race ban. This time we'll see. It's hard to understand how you can miss a braking point that much. You arrive at a speed where it's impossible to negotiate the corner."

Since the Halo was announced as a part of the 2018 cars, Alonso has been in favour, pointing out the importance of safety. The Spaniard praised the Halo once again after Sunday's crash and says that there should be no arguments against the device anymore.

"The positive side is that we all three are okay, including Charles," he said. "I flew over his car and the halo was a very good thing to have today. I think for him it helped, looking at the replay. I was definitely happier that I had the halo. We don't need to prove that it's a good thing to have."