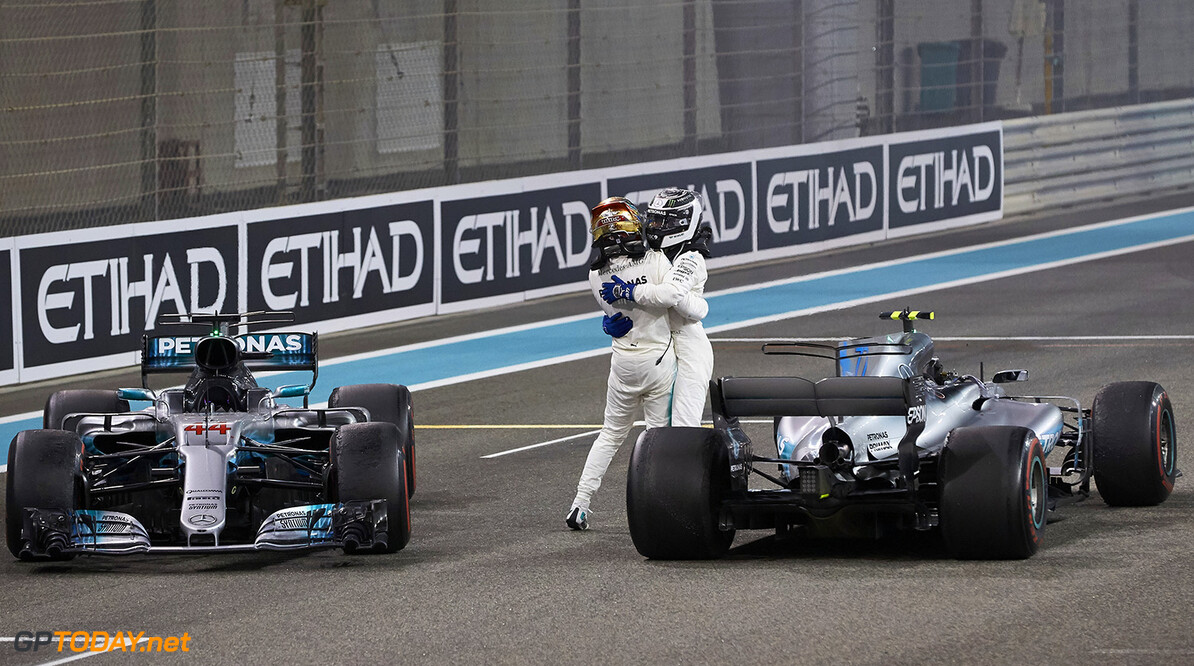 Four-time world champion Lewis Hamilton says that he expects Valtteri Bottas to be much stronger next season. Bottas joined the Silver Arrows as Nico Rosberg's replacement this year, finishing third in the standings with three victories.

Throughout the season in qualifying, the average gap between Hamilton and Bottas was just under three-tenths of a second favour of the Briton, with Hamilton getting the better of his teammate on a total of 13 occasions. However, Hamilton is expecting the former Williams man to bounce back stronger next year.

"Valtteri's been an amazing team-mate this year," said Hamilton. "It's not easy at all to go to a team for the first year, particularly as you already had plans to be somewhere else at the beginning of the year. You then have a very short period of time to get used to a new team, learn the new systems, learn the tools which you'll use during the year.

"It takes a long time to learn how to manipulate the car to help extract your performance, so he hit the ground pretty fast at the beginning of the year. Then another part of it is the pressures of fighting for a World Championship is not the easiest of things.

"There are drivers who have sustained a little bit then fallen back and never recovered from that mental fight that you have. He's very strong minded and he came back and finished up strong so I anticipate he's going to be stronger next year, so I'm going to make sure I'm on my toes."