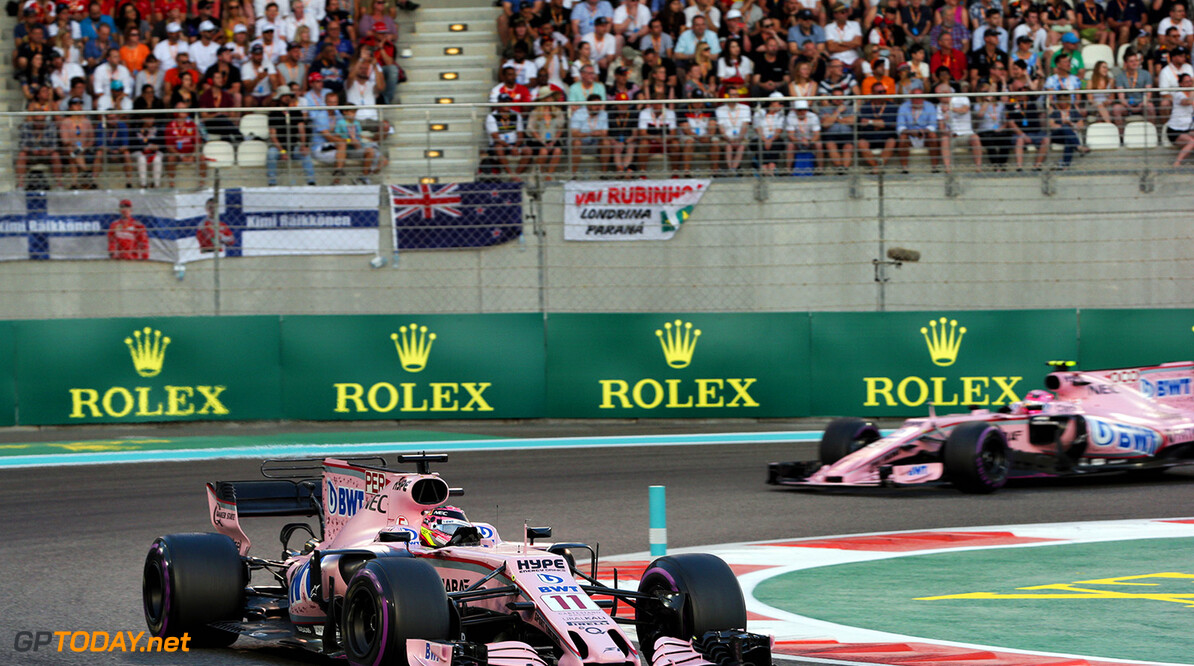 Force India’s Sergio Perez is predicting that the pressure will ramp up for teammate Esteban Ocon in 2018. Whilst acknowledging the impressive performance Ocon put in in 2017 – scoring points in 18 out of 20 races – he expects the pressure will be mounting in a season where much will be expected from the Frenchman: "I think the pressure will be on him now because it's the second year for him," Perez explained. "Everyone will expect big things from him."

A Mercedes junior driver and one of the hottest young prospects in Formula 1 at the moment, many pundits are predicting that Ocon could land himself in Valtteri Bottas’ seat at the Silver Arrows in 2019, although team boss Toto Wolff has denied the reports stating the team are fully behind Bottas.

Ocon inherited his race seat at Force India after Hulkenberg switched to Renault at the end of the 2016 season. Having raced with both Perez gave high praise for each.

"I rated Nico very highly. I still do," said Perez. "And I certainly rate Esteban. I think he has a lot of talent, a lot of experience. He came to F1 very well prepared. It is no secret he is a very good driver and one of the drivers for the future. It was a good challenge during the year."

But it wasn’t always a clean fight between the Force India teammates leading to a bitter rivalry after on track collisions in Baku, Hungary and Spa cost both drivers and team a huge amount of points. After the Spa incident the team were forced to implement team orders for the following few races to prevent any further collisions

"[We] had a bit of a period with a couple of races where we had these rules of engagement, where we could not fight each other," admitted Perez.

The Mexican confessed that at times he struggled to adapt to new updates to the car, which he felt had in particular caused his qualifying performance to slip in comparison to Ocon.

"We brought some upgrades," he said. "Setting up the car with those upgrades, I lacked a lot of balance. I was not feeling comfortable over one lap. And Esteban all of a sudden was quite strong in qualifying. I think over that period was where I struggled. I'm pleased that we managed to fix that and we have a very good understanding of what went wrong."

However, despite the challenges with the car Perez did ultimately manage to edge out his teammate but admitted that it will be an even bigger challenge to come out on top again in 2018: "That's my target, definitely. That's the main target. It will be again very close I think."