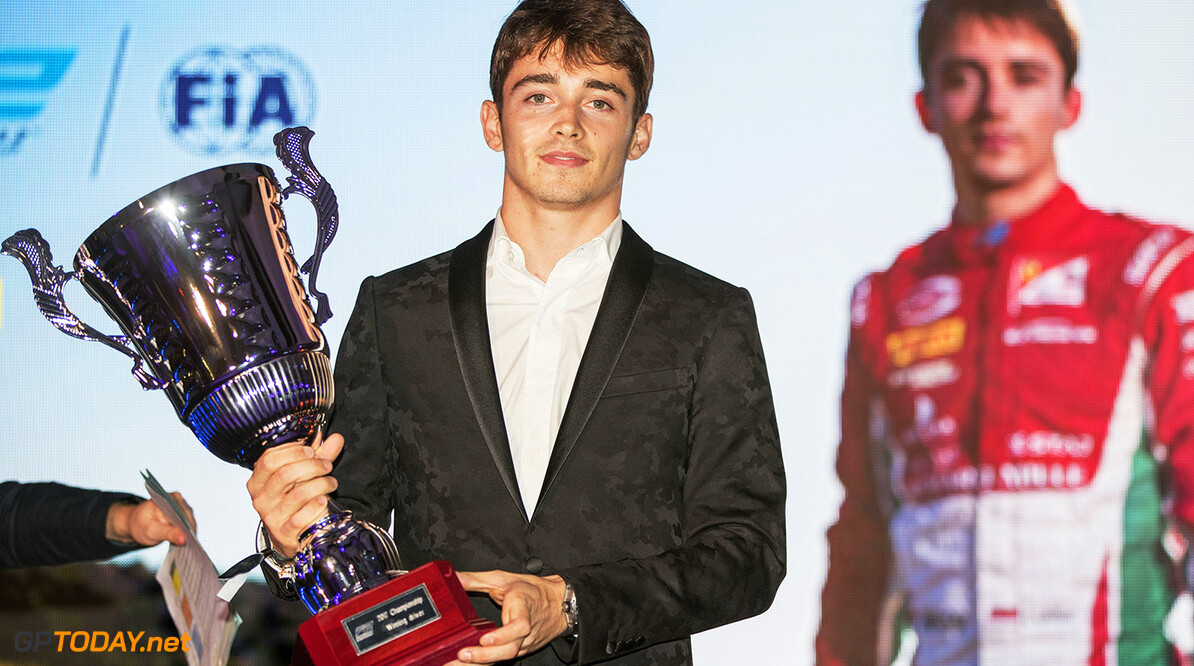 Charles Leclerc revealed that he picked race number 16 as his two favourite choices were already taken. The Monegasque driver will debut in Formula 1 next season, having secured a deal with Alfa Romeo Sauber alongside Marcus Ericsson.

Leclerc announced soon after that he would be racing with the number 16, but on Friday night in Paris, he spoke about the reasoning behind his choice. He said that two other current drivers had already chosen his favourites.

"I wanted number seven first, but Kimi [Raikkonen] had it, then I choose 10 but Pierre [Gasly] came to F1 and chose number 10. Then I wanted 16 because it’s my date of birth and I could not find anything better. And one plus six is seven, my favourite number."

Leclerc took part in multiple first practice sessions with Sauber towards the end of the 2017 season in preparation for his maiden year in the sport. When asked what he realistic expectations were ahead of his debut, he said it's a little early to tell.

"Expectations in F1, it’s quite hard to make them before you actually put the car on the track and see what it’s really worth," he said. "In junior categories you can target something, expect something, but in F1 it’s a lot harder because the differences between cars are a lot bigger.

"The new power unit should be a big step. Hopefully we can do a step also with the car, but then it also depends how big the step of the other teams is. This we’ll have to see," he concluded.