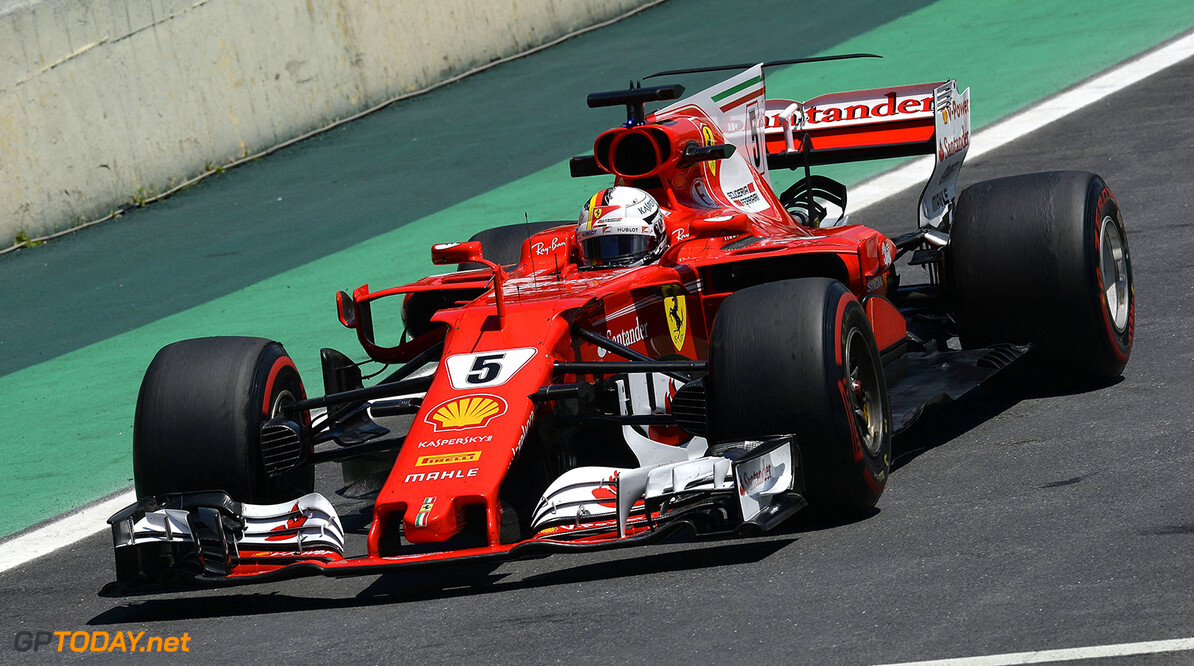 Sebastian Vettel was quickest in the first practice session for the final Grand Prix of the season in Abu Dhabi followed by the Mercedes of Lewis Hamilton and Red Bull of Max Verstappen respectively, with the the top threee cars all covered by less than two tenths of a second. It looks like it will be a battle again between those three drivers, who collectively have won the last ten Grand's Prix.

The Force India of Sergio Perez again showed impressive pace taking his customary place as one of the best of the midfield, and will be looking to secure his best ever points tally in F1 this weekend if he finishes sixth or better, especially as his teammate Esteban Ocon sat out FP1 for George Russell who finished the session eleventh

The two McLaren's of Fernando Alonso and Stoffel Vandoorne had an impressive session, with both cars in the top ten in seventh and eighth respectively, and will be looking to end the miserable McLaren Honda era of the team on a high before hopefully a return to the front of the grid for the team next year with Renault engines.

The two Williams again looked to have good pace as they had in Brazil, with Felipe Massa having a good showing to put his car ninth and in a position to score points in his final Grand Prix of his career, with Lance Stroll a bit further back in thirteenth place.

In the extremely tight battle for sixth place in the constructors championship it looks to be Haas who has the advantage of pace this weekend so far, with Romain Grosjean the quickest of the Haas, Toro Rosso and Renault cars, but as he was only 12th place and needing three points to overhaul Renault and seven to overhaul Toro Rosso it may not be enough to make a dent on the teams ahead.

Renault had seemingly a poor session in terms of pace, after being capable of challenging for the top ten consistently in the last few races at this crucial point have chosen to have relatively poor pace, only managing 15th and 17th for Sainz and Hulkenberg respectively and will be hoping to challenge for a spot inside the top ten come Sunday.

Toro Rosso meanwhile are continuing their poor finish to the season with their inexperienced drivers ahead of their move to Honda engines next season, and will need their luck to hold out for one more race to maintain their best ever constructors position, with Gasly and Hartley looking unlikely to add to their points tally after they were 14th and 20th in first practice.

Sauber will be looking to end a miserable season as quickly as possible before they get modern Ferrari engines next season which should see them propelled some way off the back of the grid. The team has only managed five points all season, and are unlikely to score any on Sunday after finishing 16th and 19th in first practice.