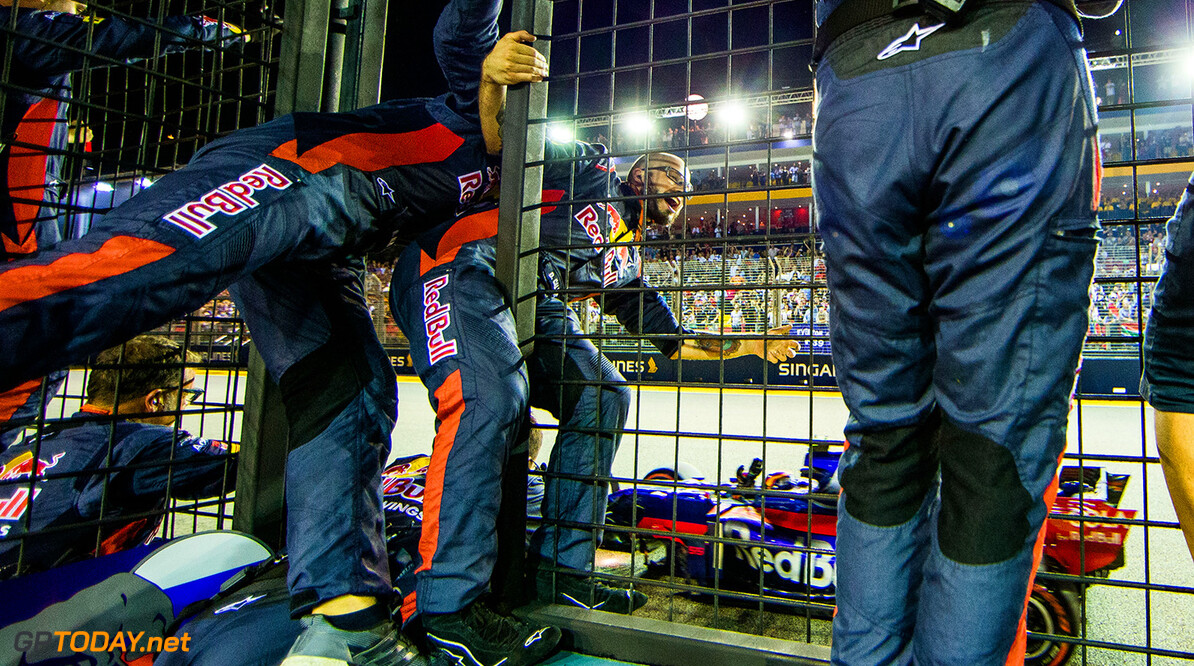 Carlos Sainz left Singapore on Monday wondering if it had been his last race for Toro Rosso. The Spaniard made his F1 debut for the junior Red Bull team in 2015, but will be loaned to the works Renault team next year.

So when Sainz crossed the line in a career-best fourth place on Sunday, Toro Rosso boss Franz Tost told him on the radio: "Stay with us. We don't (want to) let you go." Tost may also have been alluding to persistent speculation that Sainz, 23, could replace Renault's Jolyon Palmer as soon as the next race in Malaysia. Reports indicate Palmer is weighing up a contract buy-out offer of between $3 and $7 million.

So when asked if Singapore was a fitting way to farewell Toro Rosso, Sainz answered: "Yes, but I'm still not thinking this was my last race. I told my team and my mechanics beforehand to not worry about what happens next. Let's just do a perfect weekend."