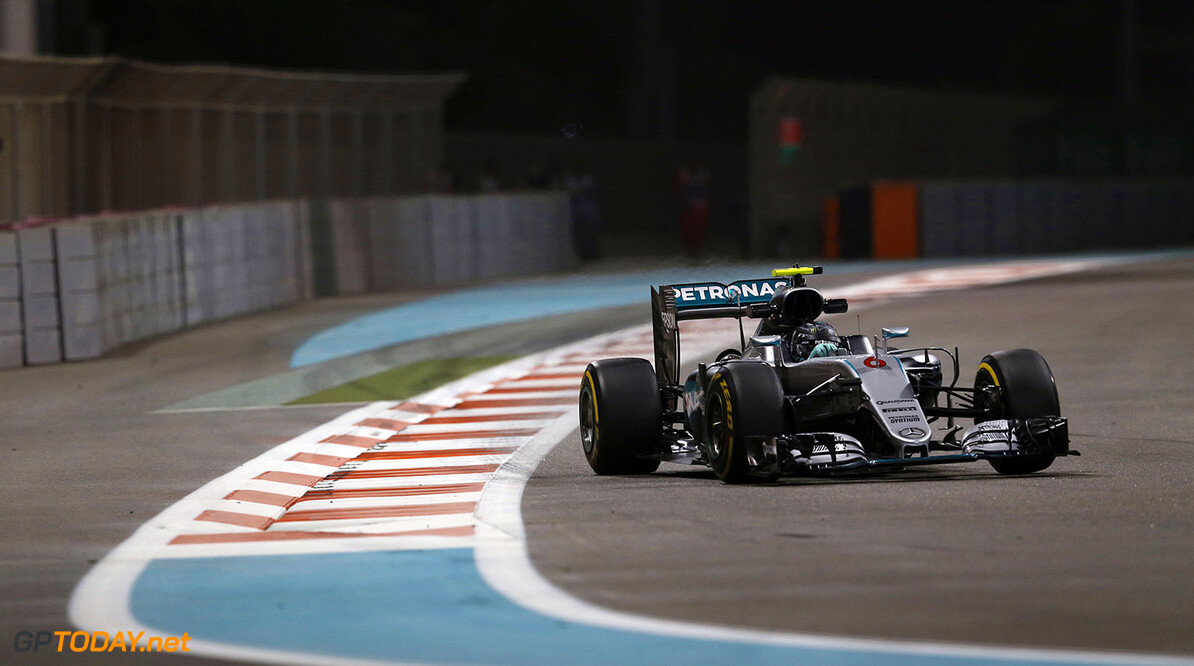 Nico Rosberg: "Not the most enjoyable race I've ever had"

Nico Rosberg has described his stress in the championship-deciding Abu Dhabi Grand Prix, calling it "not the most enjoyable race I've ever had".

Rosberg finally claimed his first world championship with a second place finsih, despite seemingly being backing into rivals by team amt eLewis Hamilton.

"With Max at the beginning, and then those guys coming up at the end, it was really not enjoyable, those last laps, so I'm very glad it's over, unbelievably ecstatic," he said.

"I would love to give the win to my wife, [she's] been amazing, thanks for all the support, and our daughter Alaia... I'll thank everyone else afterwards, it's unreal."

Rosberg's triumph makes him only the second second generation driver to win a world title after his father. Keke Rosberg won the championship for Williams 34 years ago.

"I'm very, very proud of course to have done the same feat my dad achieved, he'll come in half an hour, and I'm pretty excited to see him," he said.

He added: "Congratulations to Lewis, you did a great season, [you're a] great competitor, massively quick always, and it's always tough to beat him."