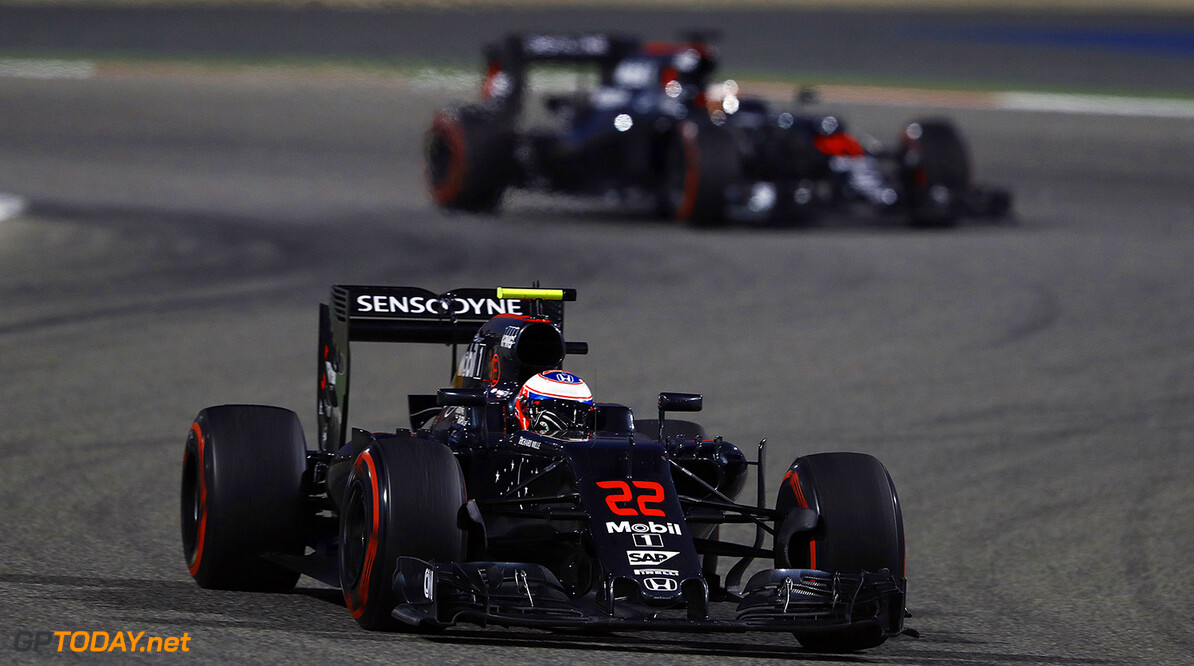 Fernando Alonso says he is "99 per cent" sure he will be back at the cockpit of his McLaren in China. Sidelined with chest injuries in Bahrain, the Spaniard angrily rejected the advice of pundit Johnny Herbert to seize the opportunity and hang up his helmet for good.

Asked if he was surprised by former driver Herbert's comments, Alonso told Marca sports newspaper: "A little bit. I was surprised by the aggressiveness towards me. He (Herbert) had the luck that he was recording live when I arrived (at the circuit) in the morning," said Alonso, referring to his gatecrashing of British television Sky to confront the 51-year-old former Sauber driver.

Alonso had told Herbert that he has no intention of retiring. "Better, better every day," he told Marca when asked how his ribs are now. The 34-year-old said there are good signs that McLaren-Honda is finally beginning to make strides up the grid. "Well, the performance (in Bahrain) on a circuit that does not help us with long straights shows that we are taking steps forward," said Alonso, "and I think that we will continue to improve throughout the year."

Alonso, accompanied to Bahrain by his sister and doctor Lorena, stayed in the island Kingdom throughout the race weekend to advise his replacement, Stoffel Vandoorne. "No," Alonso smiled, "I had little to do. He did a very good job."

In fact, reigning GP2 champion and Belgian Vandoorne had an extremely good F1 debut in Alonso's car, outqualifying the vastly more experienced Jenson Button and scoring McLaren's first point of the season. But Alonso says any criticism of Button as a result is unfair. "It is unfair," he said. "Jenson was faster all weekend and had a sudden drop in performance in qualifying. Stoffel did well but it is unfair to criticise Jenson."

One of Herbert's strongest points of criticism is that Button, who is expected to fight to keep his place at McLaren for 2017, has actually outperformed Alonso at McLaren-Honda so far. Asked if that is a legitimate criticism, Alonso answered: "No. Last year was like a lottery with the car breaking down. It was impossible to measure anything with that car."

As for the claim he is struggling with motivation, the Spaniard added: "Here I am at this grand prix with a broken rib wanting to climb in the car and helping the team. I don't know what more motivation I could have." (GMM)