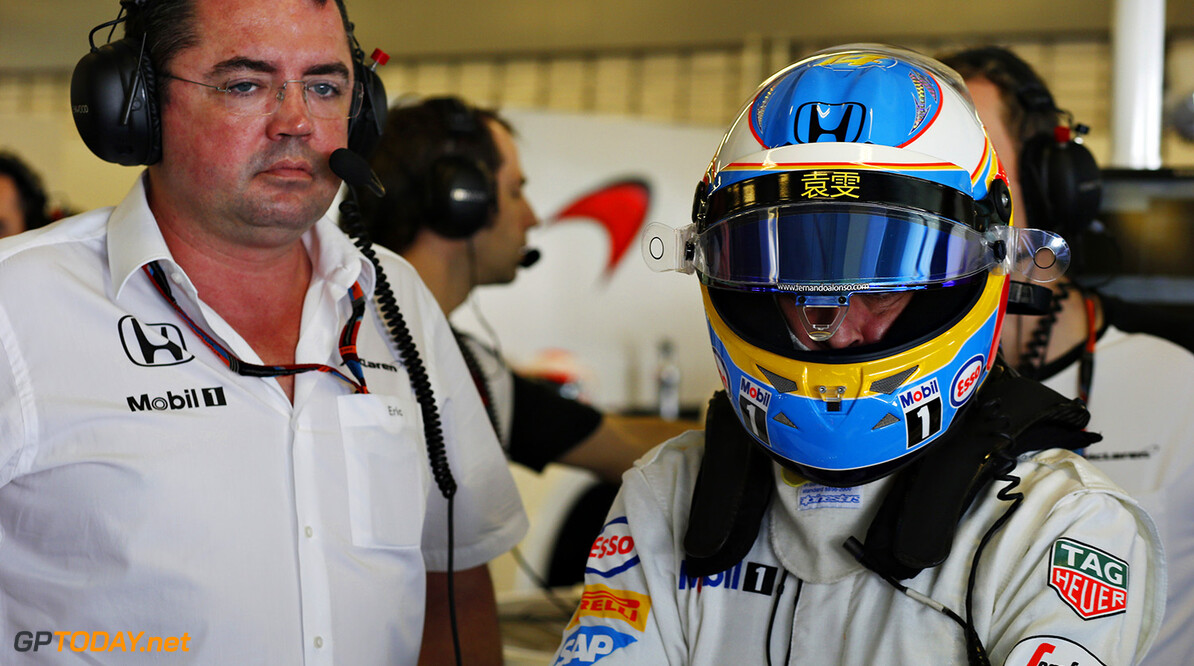 Boullier: "McLaren could find seconds per lap this winter"

Eric Boullier says it is possible McLaren-Honda's leap over the winter will amount to multiple seconds per lap. It was Fernando Alonso who made the original claim that, after a disastrous 2015, finding a whopping 2.5 seconds between now and next season is "realistic".

Many, however, think the Spaniard was simply issuing a veiled warning to McLaren that unless the team makes big progress next year, he may reconsider his commitment to the struggling Anglo-Japanese collaboration.


When asked about Alonso's staggering claim about a 2.5 second per lap leap in 2016, boss Boullier told: "Nothing is for sure or guaranteed. But we know why we were not competitive this year. This new PU (power unit) technology is great, but it needs to mature. When you can't deploy all your electrical power throughout the lap, you lose seconds rather than tenths.So if we can fix this issue plus a few others, we will be able to recover a couple of seconds in term of performance."

Woking based McLaren made a lot of noise last winter about its self-proclaimed 'size zero' car, and Boullier hints that the same ultra-compact philosophy will be kept for 2016.

"I can just tell you that it will be an evolution of the (MP4-)30 and that the car performance is already a step forward," he said. "For the rest, you will have to wait for the car launch."
F1 News Fernando Alonso McLaren Honda
<< Previous article Next article >>
.