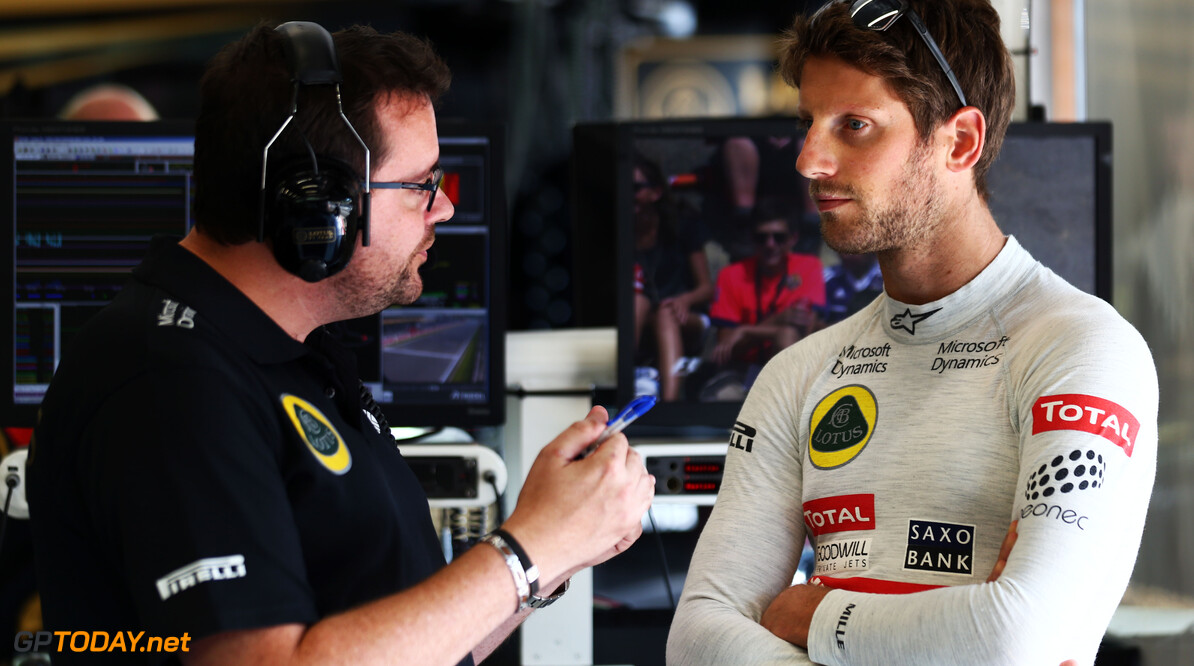 Wait for Renault to buy Lotus was too long - Grosjean

Romain Grosjean has admitted that Lotus' financial troubles contributed to his decision to leave the Enstone team. The Frenchman was on Tuesday unveiled in North Carolina as the "lead driver" for the new Ferrari-linked American team Haas.

Some, however, questioned Grosjean's move, particularly as Lotus - despite its obvious financial troubles - now appears close to being taken over by Renault. 58 per cent of 22,000 voters at the French publication L'Equipe said they think the 29-year-old has made the wrong move. But after Tuesday's official announcement, Grosjean told France's RMC that "The conditions (at Lotus) have not been easy this year".

Grosjean admitted that his decision to join Haas was taken before Renault signed the letter of intent to buy Lotus. "The first contacts (with Haas) date back a year," he said. "And things accelerated around Monza time. Just before Singapore I made my decision."

He told the French broadcaster Canal Plus: "The Renault challenge could have been something very good, but the wait as to whether they are coming or not was long. And we still do not know for sure today. Unfortunately, the 2016 season is fast approaching."

So Grosjean insisted he is now feeling secure at Haas, and upbeat about the future. "Yes, we are talking about a new team," he said, "but the support of Ferrari should not be underestimated. I also felt that they really want me, which is always a nice feeling for a driver. At the same time there was a lot of uncertainty about Lotus, as for a long time no one knew whether it would work out with Renault. So I can say now that Haas is right for me," Grosjean insisted.

Clearly, Ferrari is an important ingredient in the Haas recipe for Grosjean, as he declares that the "technical partnership with Ferrari and Dallara is very clever". "From the beginning, they wanted the best drivers, the best engineers, the best solutions to be competitive from the very beginning. They do not have to work with pay-drivers," he explained.

Some, however, believe Grosjean has only signed up in the hope that it might eventually lead to a full works seat at Maranello. But he said: "Ferrari was not the primary reason for signing with Haas. It is more the big picture that I like. But of course it is also nice that we are counting on a partner like Ferrari."

As for the future, "Later is later," Grosjean said. "What is clear is that everyone - engineers, mechanics, drivers - dreams of Ferrari. But I can also dream of one day returning to Renault and trying to win the world championship as a Frenchman with a French team. Everything is open," he insisted.

"I have always been supported by Total, and my career has always been with Renault. It's too fast to think that I'm going to go from Haas to Ferrari if Kimi Raikkonen leaves. First I have to show what I'm capable of at Haas. For sure Ferrari will keep an eye on what happens, then we'll see. Clearly I am in formula one to become world champion."

Still, he admitted that choosing between his two options caused him "sleepless nights", but now he is comfortable with his new path, even though team owner Gene Haas on Tuesday declared that Grosjean will have pressure on his shoulders as "lead driver".

Grosjean says he is unfazed. "Since Kimi Raikkonen left Lotus, I set the direction in the team so it's not as though it's a new role," he said. "Certainly it would have been easier to stay at Enstone, where I know everyone and everything, but now and then you want to try something fresh in life." (GMM)