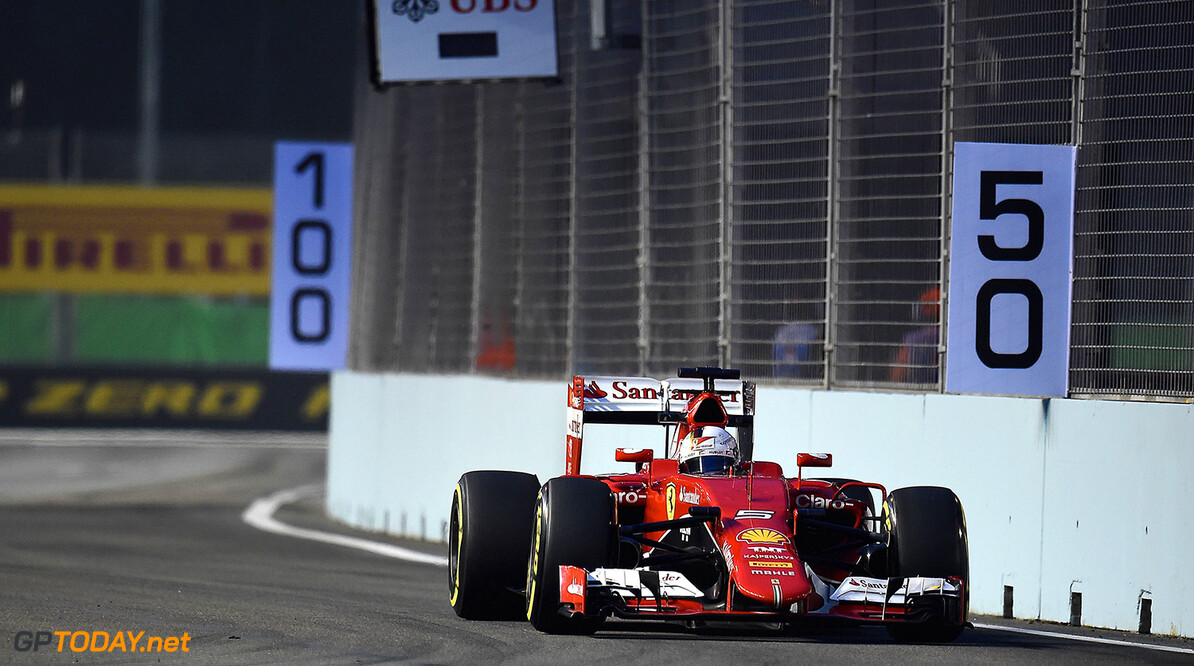 Ferrari get to experience another golden moment this season, as Sebastian Vettel wins Singapore's grand prix from pole position, and with fellow Ferrari driver Kimi Räkkönen starting and ending third. Red Bull's Daniel Ricciardo was the only remote threat to german Vettel during the entire race, but he could not manage to challenge the Ferrari in front of him, and Ricciardo ended up second, his best place so far this season.

About 26 laps into the race, Nico Hulkenberg and Felipe Massa were involved in a huge collision when Massa exited the pits and tried to get out in front of Hulkenberg into the first corner, while Hulkenberg didnt see him coming and tried to cut the curbs in said corner. Hulkenberg was thrown into the wall, and the incident resulted in a safety car. Hulkenberg was deemed responsible for the collision, and will have a 3 place drop penalty in Japan next week. Hulkenberg's teammate Perez, while narrowly avoiding a collision with his teammate in the start, had a better race and finished seventh.

Mercedes lacked pace in comparison to the italian team, and just as it seemed like Hamilton picked up pace he lost power and decided to retire when even backmarkers Manor Marussia managed to overtake him. Rosberg however, managed to cling onto a fourth place, and has now decreased the gap between himself and Hamilton with 12 points.

Several cars suffered from similar difficulties as Hamilton, with Massa, Romain Grosjean, and both Toro Rossos experiencing the issue, although all the three latter managed to reset their cars. The difficulties is thought to be caused by disturbances caused by nearby trains.The McLaren of Alonso suffered from an overheating gearbox in the middle of the race, and he was forced to retire. After a poor pit stop lasting more than a minute, a racing incident with Lotus' Maldonado and unwilling to risk another gearbox, McLaren decided to retire Jenson Button aswell.

Toro Rosso's Max Verstappen, suffering from above mentioned problem early in the race, had to fight his way up the grid and managed to end 8th, while disobeying team orders and did not let Carlos Sains jr. past.

"It was the call to let Carlos come by, but I mean, the whole race I had a great pace. I was pulling away from everyone in the midfield, and was catching up with the guys in front, so for me there was no reason to let him pass.",  the young dutch driver said after the race.

When asked to explain what was going on, Franz Tost, team principal of Toro Rosso, said:"Carlos had new tires. Therefore we thought they could switch positions, but Carlos was too slow, he was too far behind. Max was right".

Thus, it seems no tensions has arisen between Verstappen and his team. Full video of when Verstappen recieved the team order can be seen here: