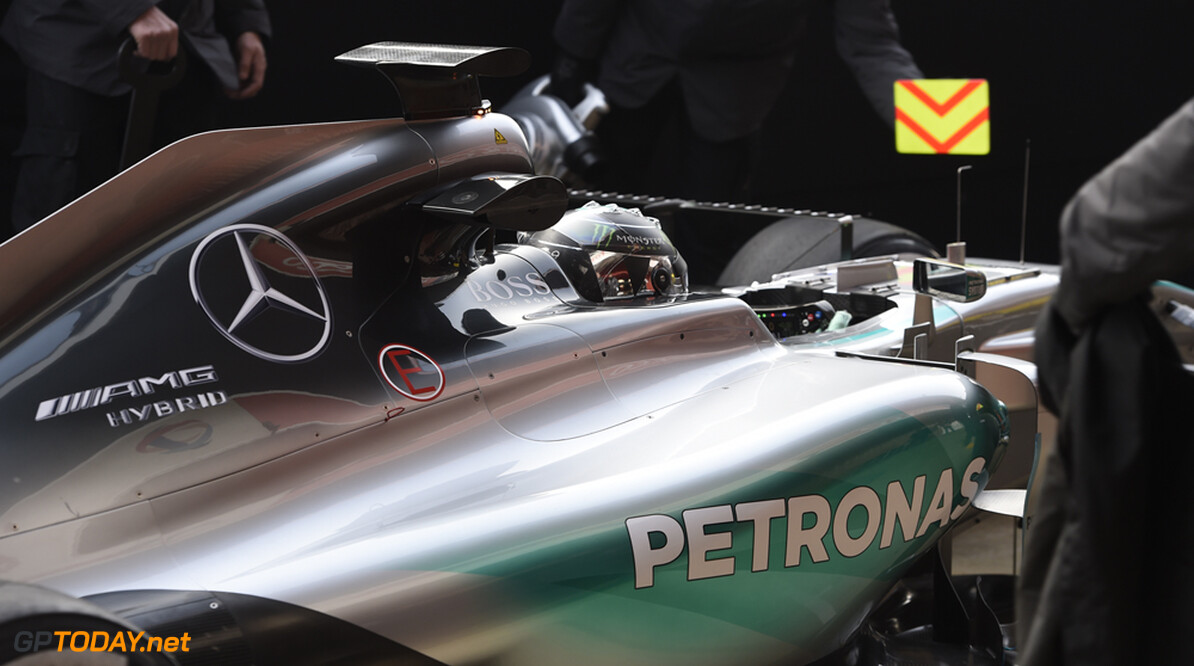 A fascinating picture is beginning to emerge from winter testing, as multiple teams threaten to step up and challenge Mercedes. Until now, Ferrari has appeared surprisingly as the biggest threat to Mercedes' supreme dominance. "They could be our opponents this year," 2014 runner-up Nico Rosberg admitted on Friday, as he tested in Barcelona despite some neck and back problems. "We have our eyes wide open," he is quoted by Germany's Auto Motor und Sport.

Rosberg played down the 'sore neck' story, despite having to share duties on Friday with his teammate Lewis Hamilton, who is suffering from a bad cold. Rosberg said the issue arose when he began to test in a new driving position at Jerez. "I'm just being a bit cautious and decided to get out of the car at lunch today," explained the German, who will now rest on Saturday before returning to action for the last of the four-day action on Sunday.

Hamilton is also not feeling 100 per cent, but even that is not enough to explain a fascinating emerging picture of much more competitive rivals for 2015. Lotus has been quick, so too Williams and Sauber, while Red Bull took its new RB11 to the top of the timesheets on Friday with Daniel Ricciardo. "I know it's just testing," said the Australian, "but it is encouraging seeing us on top or at least in that front group."

Rosberg told reporters: "Our opponents have clearly improved, especially Ferrari, and the laptimes have really surprised us." New Ferrari driver Sebastian Vettel, however, is playing down the perception that the 2015 battle might be a case of silver versus red. "Mercedes has set the bar very, very high," he told Italy's Rai, "for all the other teams, and it's difficult to have closed that gap so quickly."

Williams' Felipe Massa agrees with that assessment. "Ferrari and Red Bull have done good laptimes," the Brazilian said on Friday, "but I still believe that the Mercedes is the best car. We are there too. But we will only really find out probably in Australia," Massa added. (GMM)
F1 News Felipe Massa Daniel Ricciardo Lewis Hamilton Nico Rosberg Sebastian Vettel Ferrari Mercedes Lotus F1 Williams Sauber BAR
<< Previous article Next article >>
.