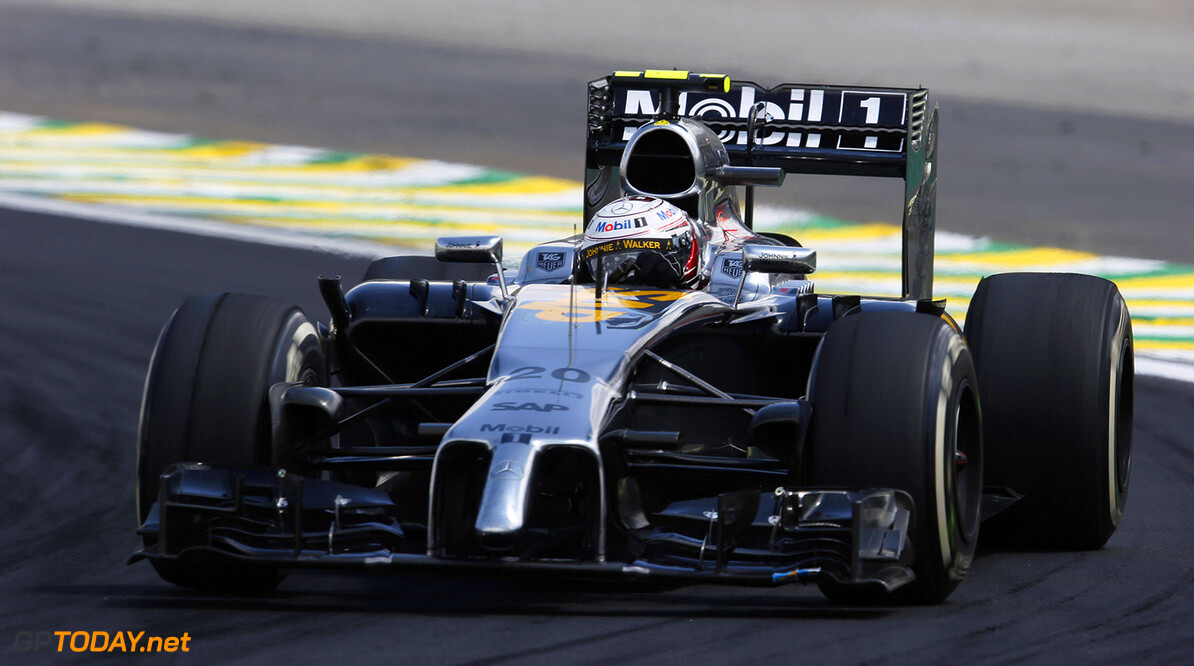 The F1 world is now eyeing yet another date for the delayed announcement of McLaren's 2015 driver lineup. The British team's board met at Woking on Thursday to reportedly discuss whether Jenson Button or Kevin Magnussen should be retained to be the first Honda-powered teammate for Fernando Alonso next year.

Much of the F1 world was expecting an announcement to be made afterwards. "The meeting of the board was held today," a McLaren spokesman was quoted as saying late on Thursday by Brazil's Globo, "but no decision was taken in relation to our driver lineup for 2015."

Button, the 15-year F1 veteran and 2009 world champion, apparently expressed his state of exasperation by posting an expressionless 'smiley' on Twitter. "Oh no, what happened?" one of his nearly 2 million followers responded.

The 34-year-old Briton posted the message after attending perhaps his final McLaren sponsorship event along with his 2014 teammate Magnussen. He admitted: "It's a weird time. I'm good, but I just want to get it (the decision) done. I want to hear the decision - as we all do - so we can all move on in whatever direction."

Button confirmed the widespread view that McLaren is tossing up between him and the Danish rookie Magnussen. Reports indicate Ron Dennis and Eric Boullier are arguing for the in-house protege Magnussen, amid wider uncertainty and internal wrangling about the future of the shareholding structure of the fabled British marque.

It is believed Dennis' fellow shareholders, Mansour Ojjeh as well as the Bahrainis, would prefer to pair Alonso with the similarly experienced Button. Referring to Magnussen, Button said: "It's such a shame we won't be working together in the future in terms of being teammates. But we're both very grown up about the situation and we'll both deal with it whichever way it goes."