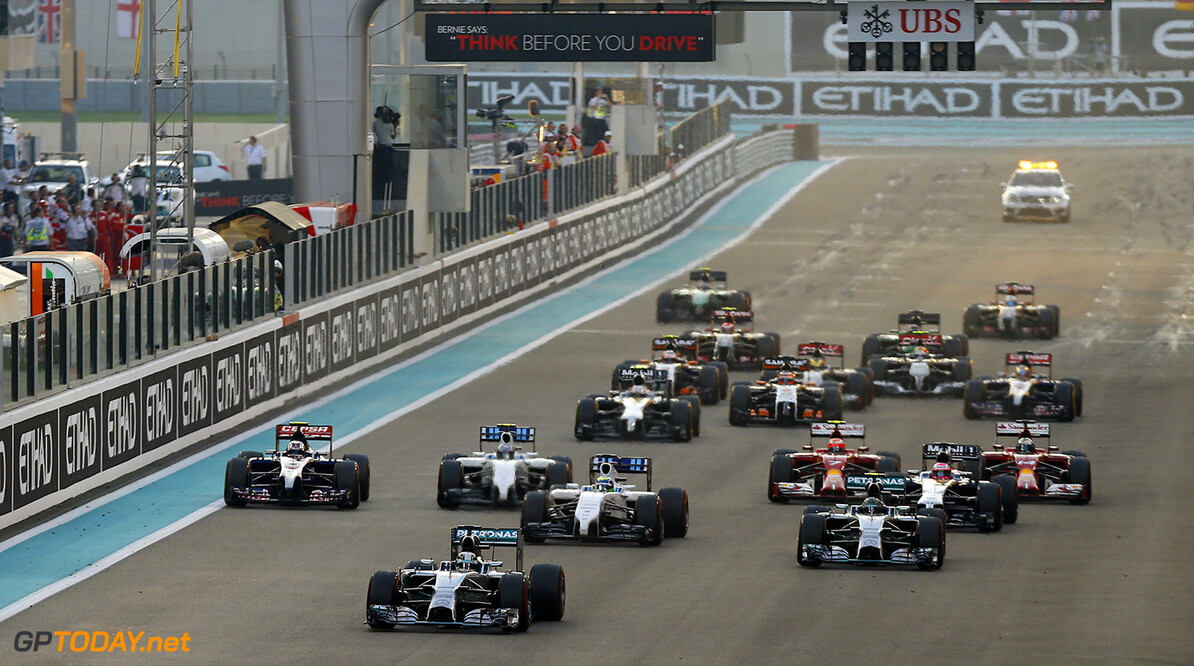 F1 has moved to scrap the highly controversial double points system ahead of the 2015 season. Bernie Ecclestone's innovation, designed to keep spice in the championship fight until the final corners of the season, has been furiously unpopular.

So at meetings of the Strategy Group and the F1 Commission in Geneva this week, votes to scrap the awarding of double points in next year's title finale were upheld, according to multiple authoritative international media reports. The change will be ratified by the World Motor Sport in Qatar next week.

Also agreed to be scrapped for 2015 was the similarly controversial plan for in-race grid restarts after safety car periods. And after the sport's 2015 engine suppliers Mercedes, Ferrari, Renault and Honda could not agree on a way forward, the current development 'freeze' regulations will continue to be enforced next season.

It has also emerged that the controversial new restrictions on radio communications between drivers and their engineers will be dropped for 2015, Germany's Auto Motor und Sport said. And a proposal by struggling Caterham that it be allowed to run its 2014 car and engine next year was reportedly also discussed during this week's F1 meetings.

As for the plight of the sport's other struggling small teams, the meetings offered no final solutions but a new meeting of team bosses for December 18 was scheduled. (GMM)
F1 News Mercedes Renault Ferrari Honda
.