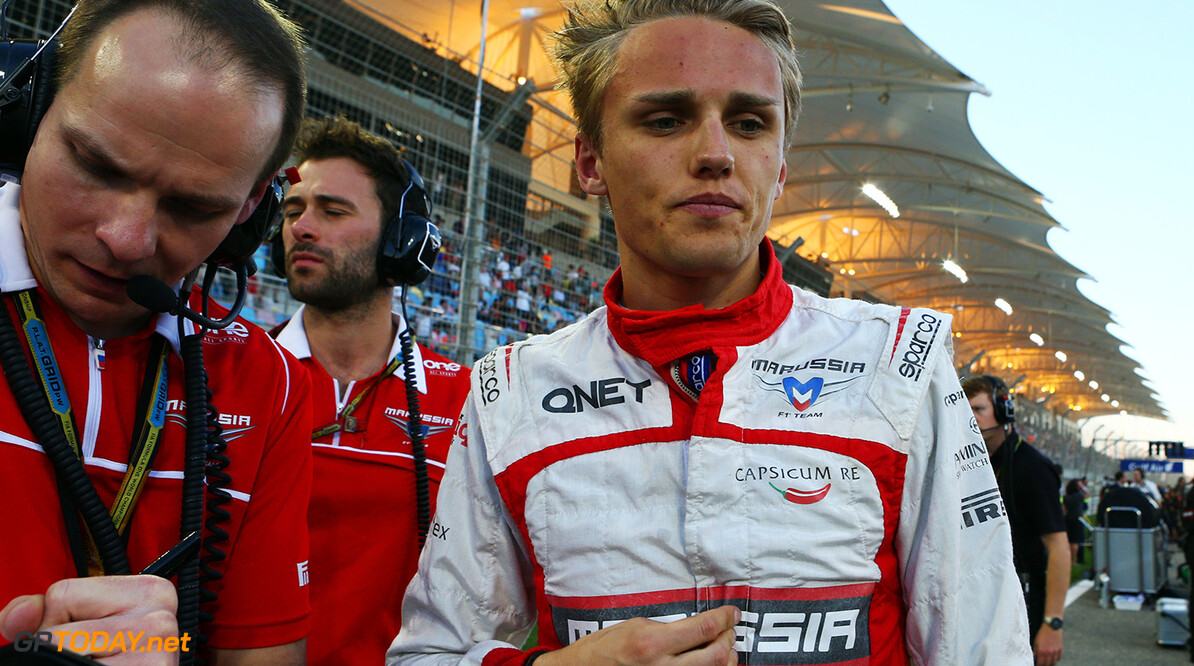 Max Chilton has emerged as a surprise candidate to race the second Caterham in Abu Dhabi this weekend. The Briton has driven all season for Marussia, who like Caterham went into administration last month and sat out the Austin and Brazil grands prix.

Bernie Ecclestone says the backmarker teams must return for the Abu Dhabi season finale this weekend or lose their places in formula one, although some reports suggest the teams can in fact miss three races and still return in 2015. Caterham's administrators have raised the funds they need to get the team back up and running in Abu Dhabi, while Marussia has ceased trading and laid off staff.

However, reports last weekend suggested that although Marussia has ceased trading, it is still possible the team can be revived by new investment. A group called Summit Bespoke has been commissioned to work on the Marussia project, with a spokesman saying: "The team is fully open for investment negotiations and are ready to race in Abu Dhabi provided we find investors for a relatively small injection of funds."

But, unlike Caterham, it appears Marussia has in fact missed the weekend deadline to ship its freight to Abu Dhabi. That leaves Chilton, the well-backed 23-year-old, eyeing the race seat at Caterham vacated last week by the Sauber-bound Marcus Ericsson.

Caterham said late on Sunday that Kamui Kobayashi will drive one car in Abu Dhabi, with his teammate to be announced "in due course". Caterham missed its crowdfunding target by last Friday's deadline, but administrator Finbarr O'Connell said the shortfall could be made up by a driver's backers.

"There's a variety of contracts but this particular one is with one of the drivers we've been talking to," he told the BBC. Italy's La Gazzetta dello Sport now reports that the identity of that driver is in fact Chilton. (GMM)
F1 News Marcus Ericsson Sauber Marussia
<< Previous article Next article >>
.