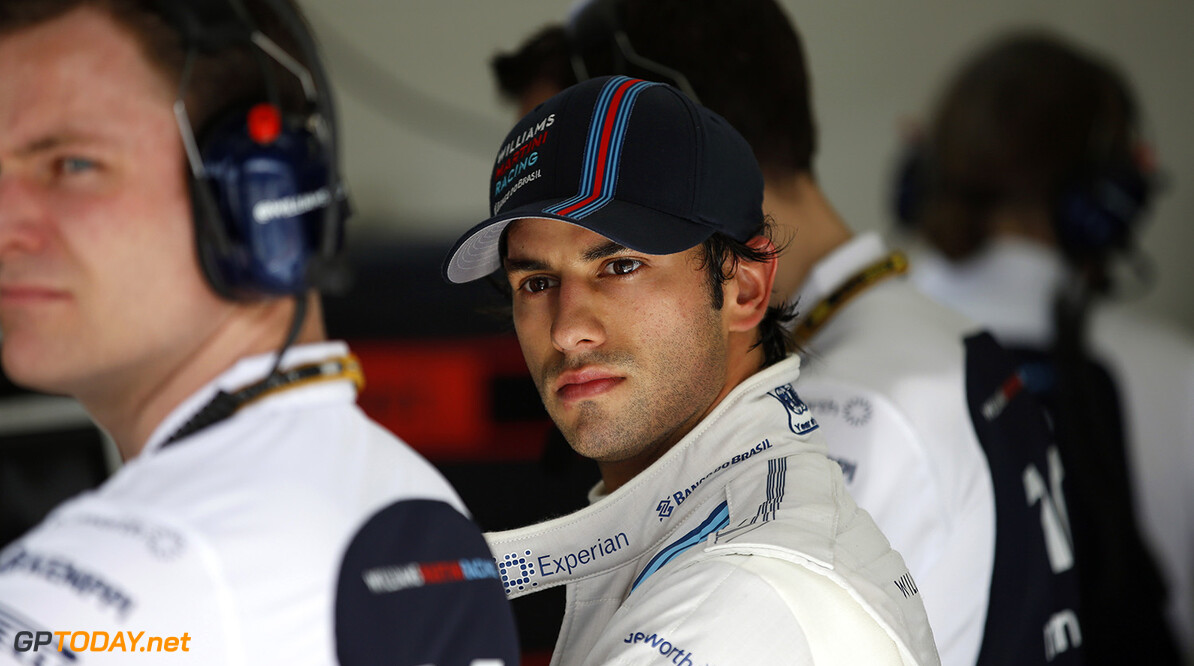 Felipe Nasr, a low-profile F1 presence until now, has burst into a storm in the Interlagos paddock. Earlier, Sauber shocked the entire paddock with the news that Brazilian Nasr, Williams' 22-year-old reserve, and his sponsor Banco do Brasil will be Marcus Ericsson's teammate at the Swiss team in 2015.

It was a genuine surprise because Sauber, reportedly now the most financially endangered team in F1 in Caterham and Marussia's wake, already appeared to have three other drivers under firm contract to race next season.

One of them is Adrian Sutil, who flagged an impending fight with the Hinwil outfit in the official FIA press conference on Thursday. "They've confirmed two drivers but that doesn't mean the drivers can drive and it doesn't mean that the team's going to drive," said the furious German.

Also shocked and angry is Sauber's reserve Giedo van der Garde, who with his sponsor McGregor also appeared to have committed to the team for 2015. "You could say that I am surprised -- in capital letters," van der Garde told the Swiss newspaper Blick. "Next week my management and lawyers will be on the case."

Also surprised was van der Garde's good paddock friend Nico Hulkenberg, who admitted he had only talked to the Dutchman about his 2015 contract on Tuesday. So while Nasr should be celebrating his impending step up to the F1 grid, the mood is in fact dark. Countryman Felipe Massa, who also started his career at Sauber, said: "It's not a great time for Sauber. "The team is in crisis and a crisis is not good for anyone," he is quoted by Brazil's Estadao.

So rather than be able to exalt her new driver, team boss and co-owner Monisha Kaltenborn was instead fending off questions about Sauber's survival, and the possible threat of legal action or the intervention of the contract recognition board. "When private teams make decisions they have to take financial aspects into consideration, otherwise it gets very difficult to survive," she told reporters. "This is a step in the right direction for us."

Kaltenborn said Sauber's latest moves, including the split with Esteban Gutierrez, means his Mexican backers will depart, and that the cooperation with Russia and Sergey Sirotkin is likely also over. It means Nasr is stepping into the sport not only with the very clear 'pay driver' label, but also the impression that his and Ericsson's money is saving the Sauber team.

"It has been a tough year," Nasr said on Thursday, "not only for Sauber but for several other teams. But I think formula one is concerned about these teams and will be taking a position to help them. I would not come into a team without knowing its condition," he is quoted by O Estado de S.Paulo newspaper.

Even F1 legend Nelson Piquet on Thursday was not in the mood for celebrating Brazil's latest grand prix hero. "It's very good for Brazil," he is quoted by Globo, "but if I am very honest, I have not seen him race very much."

Nasr is currently second in the GP2 standings, but still, there are many who think the trend of the last few years is worrying. "Unless you have a big bucket of gold," said veteran Jenson Button, "you are not going to get into formula one and that has been proved by some of the signings we have seen for next season." (GMM)
F1 News Jenson Button Felipe Massa Felipe Nasr Marcus Ericsson Esteban Gutierrez Williams Sauber Marussia
<< Previous article Next article >>
.