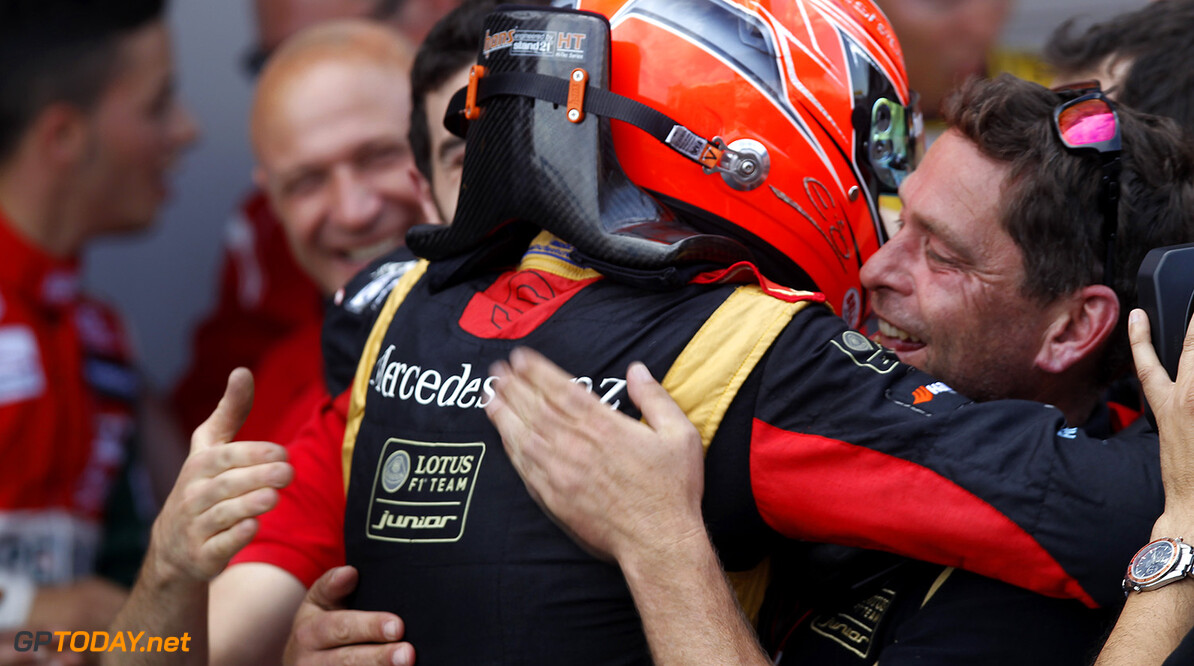 Lotus F1 Team Junior driver Esteban Ocon will test a two-year old Lotus F1 Team E20 as part of his ongoing development programme and as a reward for winning the FIA Formula 3 Championship in his rookie season.

Eighteen year-old Frenchman Ocon – who has been part of the Lotus F1 Team Junior programme since 2010 – took an unassailable lead in the championship standings this past weekend in Imola meaning the title is his with three races yet to run.

Over the course of his season to date with Italian squad Prema Powerteam, Ocon has achieved nine wins and twenty-one podiums. He currently has 454 points with nearest rival, Max Verstappen, on 368. Ocon has also secured the Rookie title, currently with 558 points to Verstappen’s 448.

Ocon will drive the Lotus F1 Team E20 – as used by Kimi Räikkönen to win the 2012 Abu Dhabi Grand Prix – over the course of two days at the Circuit de la Comunitat Valenciana Ricardo Tormo on October 22-23. Ahead of his test, he will be conducting a simulator programme at Lotus F1 Team’s Enstone base.

Gerard Lopez, Chairman and Team Principal, Lotus F1 Team: "Esteban is a tremendous talent for the future. He has shown himself to be a superb driver as part of our Lotus F1 Team Junior programme, we are proud of him and he truly deserves to be given every opportunity to take his career to the next level. To that end he will start testing in the Lotus F1 Team simulator at Enstone this week ahead of driving the E20 at Valencia later this month."

Alan Permane, Trackside Operations Director, Lotus F1 Team: "Part of the job of Lotus F1 Team is to consider future drivers through our Lotus F1 Team Junior programme, which has evolved from the longstanding and successful driver development programme run out of Enstone. Esteban has really shone this season so it will be rewarding for all to see him in our simulator and then out on track in the E20."

Esteban Ocon: "I would like to thank Lotus F1 Team and Gravity Management for this superb opportunity. The support and back-up I have been given since 2011 has enabled me to win the FIA Formula 3 Championship against some strong competition and I can't wait to get started on the next step of my training. To drive a Formula 1 car has always been a dream of mine, so I can’t wait to get started."
F1 News Max Verstappen Kimi Räikkönen Esteban Ocon Prema Powerteam Lotus F1
<< Previous article Next article >>
.