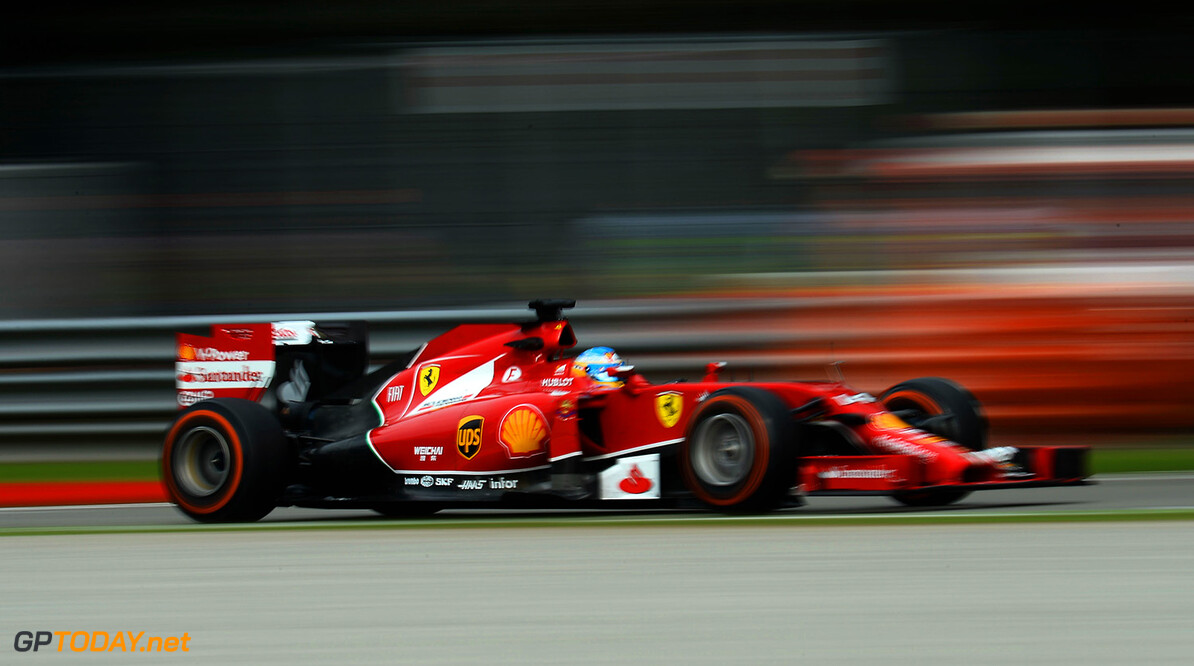 In terms of speculation about his future, the last days have been arguably the most intense in Fernando Alonso's entire career. Throughout the world of respected, influential and authoritative F1 media sources, there have been countless rumours but one obvious conclusion: the Spaniard's future at Ferrari is in serious doubt.

Italy's Corriere dello Sport reports that Alonso looks set to move to Honda-powered McLaren next year with a pay-rise, following a rumoured announcement this week at the Japanese marque's very own Suzuka circuit. Some, however, cannot believe the 33-year-old will actually reunite with Ron Dennis, where at Woking in 2007 the pair clashed spectacularly.
More about Ferrari


But even Alonso's career-long mentor Flavio Briatore has now told Germany's Auto Bild: "At McLaren it was not a perfect combination. "But you never know -- people can change." Indeed, it appears McLaren's attitude may already have changed.

In the past few days, McLaren has added a driver to the 'heritage' section of its official website that has never been featured or even mentioned before -- Alonso. It reads: "When the history books are written, Alonso's name will be writ large as one of the sport's all-time greats."

A McLaren spokesman explained: "We used not to include profiles of ex-McLaren drivers who are still driving in formula one albeit for other teams, but, following requests from our fans that we alter that policy, we duly did so."

It has also been rumoured that Alonso and his management have made enquiries at reigning world champions Red Bull and F1's dominant team Mercedes, but these options have been ruled out for now.

Another wild rumour doing the rounds at present is that Alonso could team up with the Canadian billionaire Lawrence Stroll and buy into Lotus -- the Enstone based team with which he won his two titles as Renault in 2005 and 2006. The rumour has been repeated even by the respected veteran Swiss journalist Roger Benoit, who writes for Blick newspaper.

Others, however, believe Alonso will stay at Ferrari, at least for one more season. Cadena Ser, Spain's premier radio network, claims Alonso went out with his mechanics in Singapore recently and "reassured them not to listen to all the unfounded rumours".

On the other hand, even Ferrari no longer denies that all the smoke of the past days is being produced by some real fire behind closed doors at Maranello. Italy's Omnicorse reports that the relationship between Alonso and new team boss Marco Mattiacci turned spectacularly sour in Singapore.

And incoming president Sergio Marchionne is not intervening for now, despite acknowledging there is a problem. "At the problem I am not caring for it," he is quoted as saying. "This issue is being dealt with by Mattiacci, and we will discuss it after October 13," said Marchionne, referring to the date on which he will take command.

He also seemed to confirm that Ferrari is having to deal with an issue of driver selection. "I confirm this," said Marchionne, "but the decision also depends on the drivers and what they want." (GMM)
F1 News Fernando Alonso Renault Ferrari Lotus F1 Mercedes McLaren Honda
.