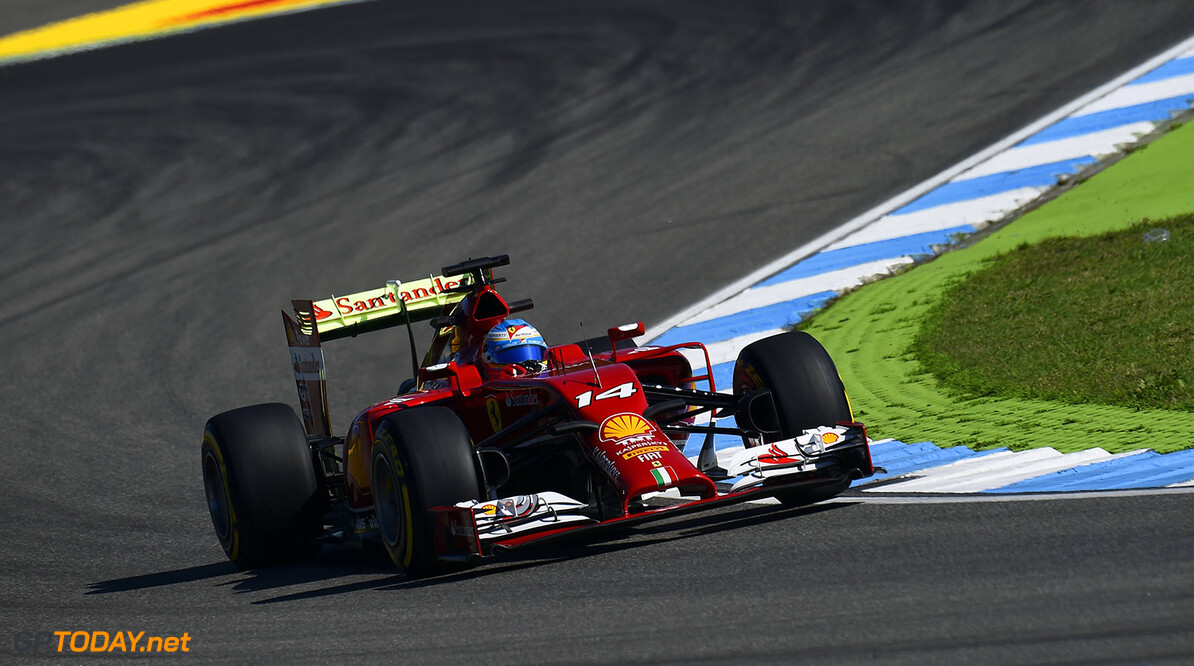 Fernando Alonso sounds underwhelmed, having been told of Ferrari's bold plans to push him to the very front of the grid in 2015.

As arguably the best driver in F1, Spaniard Alonso is always a centrepiece of the 'silly season', but this year there are real signs his patience with the Maranello team is finally ending.
More about Ferrari


He has been linked with a move to his former team, McLaren, who are switching to works Honda power next year with the biggest budget in its history.

But it emerged at Hockenheim that, last week, Alonso was shown Ferrari's plans for a major improvement in 2015.

"I hope the presentation I put his way impressed him, but you should ask him that!" said technical director James Allison.

"I've been in formula one for fourteen years," he said. "I've heard a lot of plans.

"In July and August each team is very strong, in November they're even better and by January they're dominating.

"But only in February are the facts on the table," Alonso insisted, according to Germany's Auto Motor und Sport.

Spain's Diario AS also quoted Alonso as saying at Hockenheim: "Only two or three teams can win races. You would need a crystal ball to know what will happen next year.

"What Mercedes has shown is that it can be fast and dominant in this new era of F1, while we have not worked well enough with the new rules.

"But it's not like other years where everything was more or less on the limit. I think the step between the cars of 2014 and 2015 will be much bigger than what we saw in the past.

"That is the big hope we have, but everyone in July will have the same hopes as well," said Alonso. (GMM)
F1 News Fernando Alonso McLaren Ferrari Mercedes Honda
.