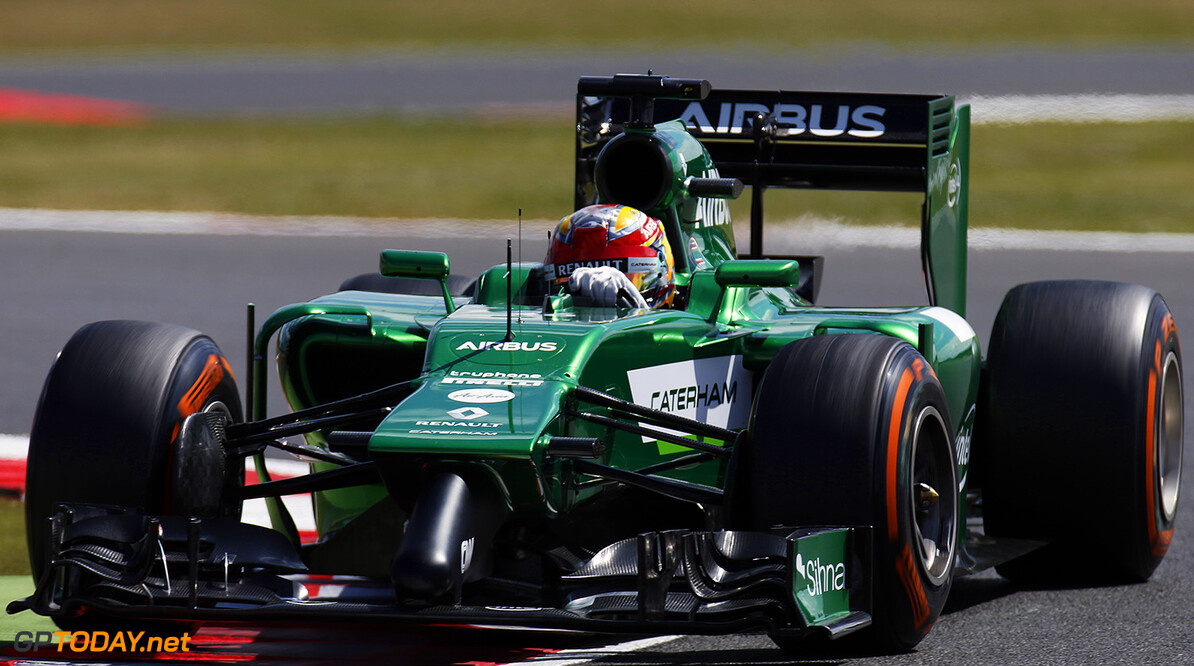 The distinctive nose at the front of Caterham's 2014 car could be the popular victim of a development push by the backmarker team. "New management, new nose, new hope," read a report in the German-language Speed Week, as it referred to Caterham's plans to press ahead in the wake of the Tony Fernandes era.

Caterham is currently last in the constructors' standings, after its traditional backmarker rival Marussia finally broke into the points in Monaco. Finishing last in 2014 - a statistic new bosses Colin Kolles and Christijan Albers are determined to avoid - could mean the loss of about $20 million in official prize-money.

And so it seems Caterham's mysterious new Swiss-Middle Eastern owners have approved a timely development push. Italy's Omnicorse claims departed backer Fernandes had essentially 'blocked' the further development of the uncompetitive CT05 car while he contemplated selling the Leafield based team. The new management has now 'unblocked' that programme.

The report said that, on Tuesday, a 60 per cent model of the car entered the state-of-the-art Toyota wind tunnel in Cologne, with the fruits of the work scheduled to debut at the Belgian grand prix after the summer break. The headline improvement will be a "more efficient nose", Speed Week claims.

The curious 'double nose' on the CT04, arguably one of the ugliest innovations in F1 history, is tipped to be gone at Spa-Francorchamps in August. But, before that, the new nose would require a new FIA crash test. "We obviously have a lot of work to do," said team boss and former Minardi driver Albers, "but we're prepared for the challenges ahead."

In 2015, it is expected that every car on the grid will feature much more aesthetically-pleasing nose designs. Next year's rules have addressed the issue of the unseemly and unpopular 'anteater'-style noses. "We can't legislate against ugly cars," said the FIA's Charlie Whiting, "but what we can do is to try to get closer to what was originally intended."

The 2015 rules mandate larger minimum cross-sections of the noses, he confirmed. "They (will) have to be a certain height and a certain width and they must be symmetrical about the car centre line," said Whiting. (GMM)
F1 News ART Marussia Minardi
<< Previous article Next article >>
.