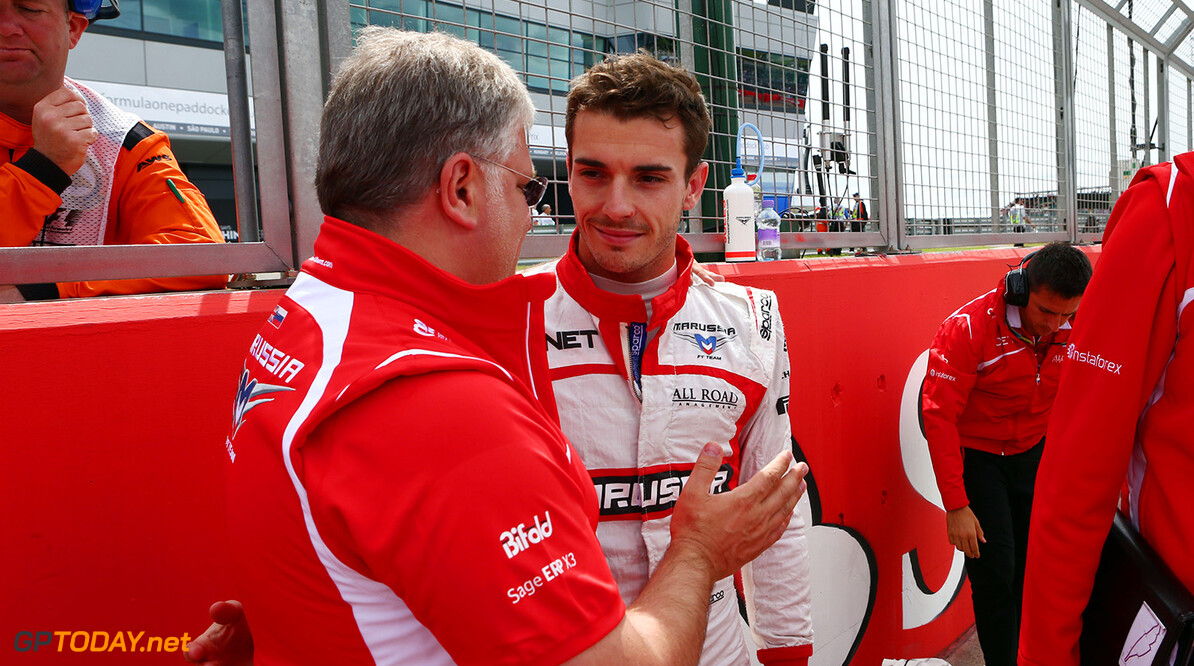 F1's silly season is underway. At the Silverstone test this week, Ferrari junior and Marussia racer Jules Bianchi is stepping in for the injured Kimi Raikkonen. Asked if he feels ready even for a race seat in red, the Frenchman told Britain's Sky: "Of course. I am in formula one so I feel ready for everything."

Team boss Marco Mattiacci, however, denies that Raikkonen - who has struggled to keep up with Fernando Alonso in 2014 - is close to the exit at Maranello. But the Finn did say ahead of the British grand prix that he is likely to retire at the end of his current Ferrari contract.

"Kimi has not told us that he wants to quit formula one," Mattiacci insists, according to Speed Week. "He answered a question by saying he doesn't know what he'll do. My point is that I am working with Kimi to get him to his best form, and not thinking about what will happen in 2016."

At the very same time, Spaniard Alonso is not at Silverstone this week, but at Maranello. La Gazzetta dello Sport speculated that part of the reason for his visit could be to discuss a new offer to extend his deal until 2019. In reality, Alonso is working hard in the driver simulator, ensuring that the correlation between the sophisticated facility and the real F1 car is right.

Indeed, simulator driver Pedro de la Rosa was in charge of the Ferrari at Silverstone on Tuesday. "Unfortunately," the veteran Spaniard told Gazzetta, "if the rules remain as they are, a key to winning is the simulator. I find that sad."

There is speculation elsewhere in the paddock. Sauber's Esteban Gutierrez had another bad weekend at Silverstone, incurring a penalty for his crash with Pastor Maldonado. "If he keeps this up," the Swiss newspaper Zurcher Oberlander warns, "he risks losing the cockpit to (Giedo) van der Garde."

There are also plenty of rumours swirling around Caterham, in the wake of Tony Fernandes' exit and the arrival of mysterious new owners and 'advisor' Colin Kolles. Kolles is known for considering 'pay drivers' as a crucial revenue stream, and already since his arrival, lots of youngsters' names have been associated with Caterham and its new era.

One of them is Carlos Sainz Jr. The teenaged Spaniard is the latest cream of Red Bull's driver development programme, and at Silverstone he was spotted at a table with his famous father - rally legend Carlos Sainz - and Dr Helmut Marko. And the Spanish sports daily Marca said Sainz also met with Kolles at the British grand prix.