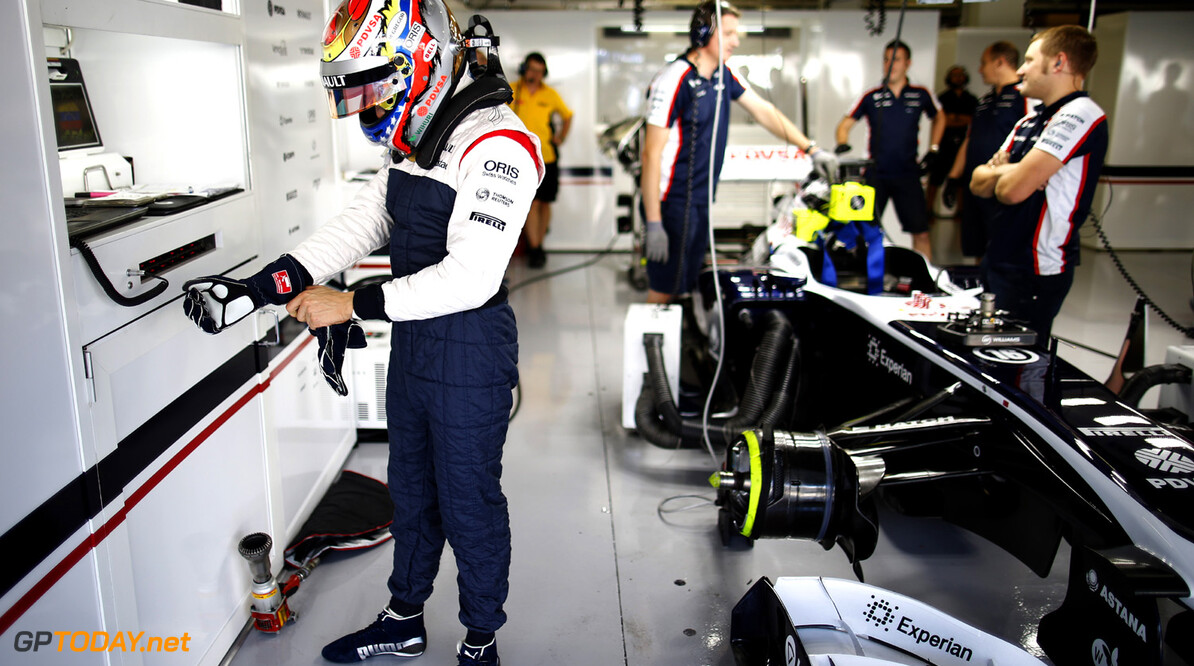 Maldonado: "I know where I will drive next year"

Following the announcement that Pastor Maldonado will leave Williams at the end of the current season, Sky Sports F1's Ted Kravitz spoke to the South American about the nature of his departure, his future, and when a decision will be taken on his 2014 whereabouts.

It's weird, people seem to think that Williams have parted company with you, but you've actually decided to move elsewhere - isn't that the truth of it?
Pastor Maldonado: "Yes, that's the truth. I decided to take another way. I spent three years with the team - good years, with some bad experiences, and some fantastic experiences. After three years, I feel more experienced, I think I am doing great races now, very solid, and I hope to change and to have other opportunities to become stronger every year."

Where might those opportunities be and do you know where you will be in 2014?
PM: "I know, I know very well, but I still have a couple of options. It will be an important decision for me because I don't want to make any mistake. It's an important time for my career. I hope to have the confirmation soon, but it's looking very good for me."

Finally, to reflect on those years at Williams. The car hasn't been good and that really hasn't helped the relationship, has it?
PM: "It's very hard. I'm not only leaving the car because the car was slow this year. I have something more, but it's a personal decision. It's the best decision I can take for myself, for the team, and I wish them all the best well with Felipe [Massa] especially - he's a good guy, a good driver, and he's my friend. For sure, Williams can improve, they have all the facilities to improve, we've seen that in the past as well. I wish them all the best."

Especially because you have 100% of the team's points at the moment - although it is only a point!
PM: "Yes, exactly. It is only one but it is better than nothing. Last year was a fantastic year with a victory, but I have been doing a fantastic job this year, even better than last year, even if the car is what we have. Solid races, good pace, even fighting for positions where the car isn't built to fight, I have enjoyed it and learnt lessons from the mistakes which has made me stronger for the future."
F1 News Pastor Maldonado Williams
.