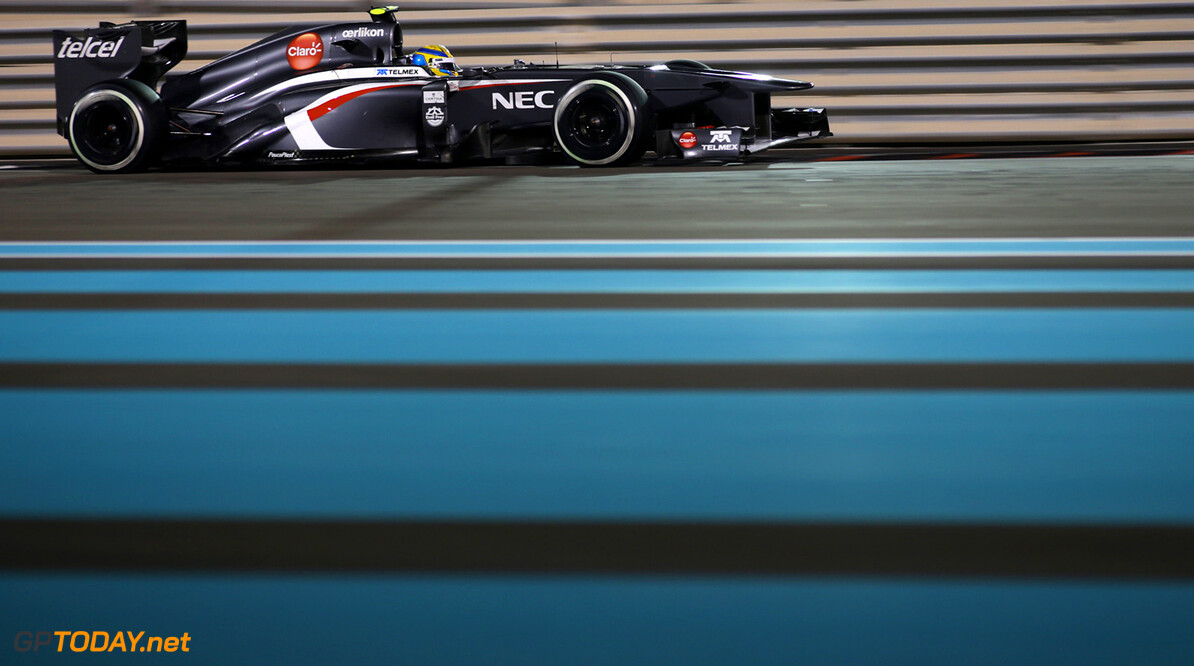 After a disappointing race in Abu Dhabi, the Sauber F1 Team has regrouped and is traveling over the pond to Austin, Texas for the 2013 United States Grand Prix, which is taking place from 15th to 17th of November. Nico Hülkenberg und Esteban Gutiérrez are looking forward to the penultimate race that is certain to see a large Mexican crowd.

The Sauber F1 Team is pleased to welcome Mexican financial services company FICREA as an additional partner for the corse of the Austin GP. The company is specialising in savings, investment and credits, and the FICREA logo will be displayed on the C32s engine cover.

In the lead up to and during the United States Grand Prix the Sauber F1 Team has joined forces with Chip Ganassi Racing to bring motorsport fans closer to the action. Both teams embarked on a joint social media campaign bringing F1, NASCAR, Grand-AM and IndyCar fans closer. The hashtags #GANASSIandSAUBER and #TeamTelmex helped an exchange of experiences and knowledge between the different categories. With Chip driving the C9 in 1987 at the 24 Hours of Le Mans, both teams not only share race history, but also the connection to the Mexican telecommunications company Telmex.

Nico Hülkenberg (car number 11): "Austin is a place everyone in Formula One likes, and I certainly like it. The organisers have done a fantastic job in putting an event like this together and making us feel welcome. It's a great circuit, although last year tyre management was a bit tricky because of the nature of the brand new asphalt, oil came to the surface. But, in terms of fun, it's a great track. It's very quick, has different and challenging corners and a good flow to it. I had a strong result there last year finishing eighth. Also, Austin as a town is fun. It's not a mega city, but there is a lot to do, and it has good restaurants and a nice atmosphere."

Esteban Gutiérrez (car number 12): "Austin will be a very special weekend for me, because we can expect to have a lot of Mexican supporters again. I'm from Monterrey, which is quite close to Austin, being about one and a half to two hours away, so my family and also a lot of my friends will come to the event. This will give me additional motivation for the weekend and makes the atmosphere special. It will be a challenge, because I have not yet raced in Austin. It is a very complex layout and the first sector particularly is really interesting. It is very quick, a bit like Silverstone. They basically took the drivers' favourite parts of other tracks and combined them into one. I think this makes it a very attractive layout, and I am looking forward to get to know it. I really enjoyed attending the event as test and reserve driver last year, and now I am excited to be there as a Formula One driver. My personal expectations are to score points for our team in front of a big Mexican crowd. I want to entertain them and give them a reason to celebrate."

Tom McCullough, Head of Track Engineering: "The Austin race was a popular addition to the calendar last year, and we look forward to having a large Mexican crowd supporting our team again. Significant elevation changes throughout the lap always add to the character of a track, with non-more so than the steep entry and exit to the low speed turn one. The rest of sector one is a challenging sequence containing multiple changes of direction at high speed. Sectors two and three put a larger emphasis on good straight-line-speed and a car that performs well in lower speed corners. The layout of the track also means overtaking is possible, especially into turns one and 12. Being new, the track evolution was high last year. It will be interesting to see how the medium and hard tyre compounds perform this year. We have a car capable of scoring points at all types of circuits, and that is clearly our aim for this penultimate race of the season."
F1 News Nico Hülkenberg Sauber
<< Previous article Next article >>
.