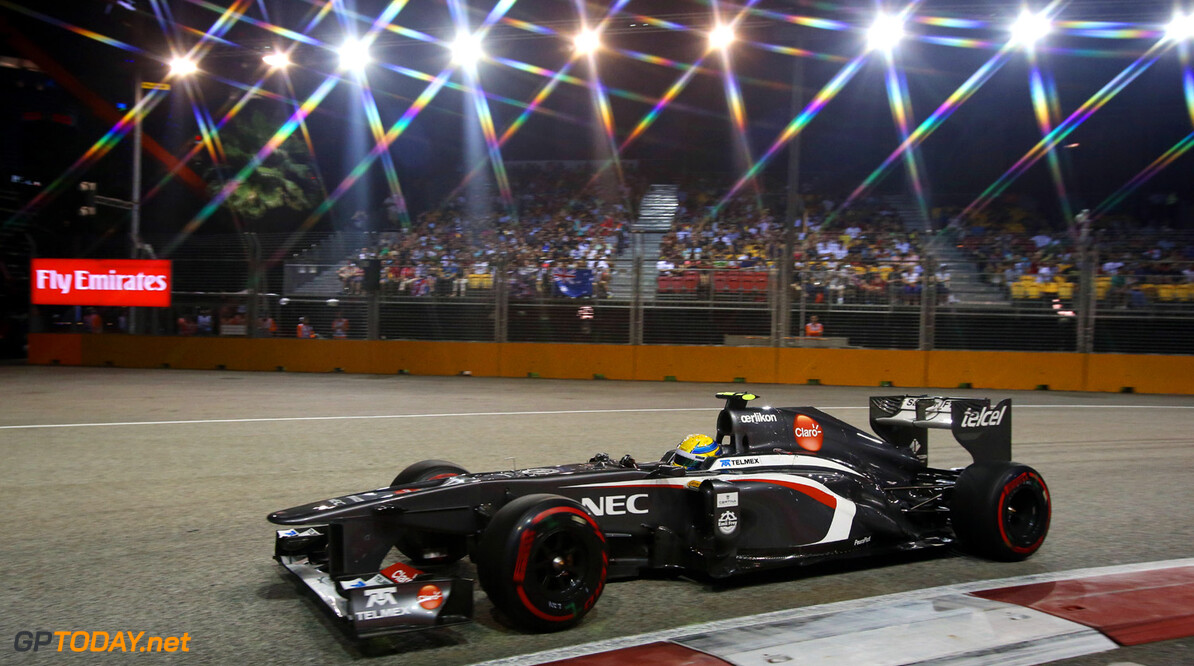 After another encouraging result for the Sauber F1 Team in Singapore, the 14th round of the FIA Formula One Championship, the Korean Grand Prix, is near. While Nico Hülkenberg has fond memories of the Korea International Circuit, Sauber F1 Team driver Esteban Gutiérrez has never raced at the track in Yeongam. As the updates to the C32 are working well, the team is confident of being able to keep up its strong performance in the midfield.

Nico Hülkenberg (car number 11): "Compared to many other drivers, Korea is a place I quite like. It's a nice track and each sector is very different. The first sector has two straights and two hairpins. Sectors two and three are a bit like a street circuit and technically quite challenging. I enjoy driving there and also, historically, it has been quite a good circuit for me. In 2010 I would have finished fifth, but had a puncture just before the end of the race. Last year I had a great race there finishing sixth. So I have good memories of Korea and look forward to the race weekend."

Esteban Gutiérrez (car number 12): "Korea is going to be an exciting weekend for me, because I've been to the track but never raced there before. I've heard it's quite nice to drive and it is going to be a good experience. In terms of preparation, I have mostly learnt from and analysed data and notes from previous years. I also watch a lot of on board videos and, of course, walk the track once we get there. With the two weeks between Singapore and Korea, I had plenty of time to study the track and make sure I am as best prepared as possible. Other than that, the aim for me will, again, be to keep up and improve my consistency."

Tom McCullough, Head of Track Engineering: "The Korea International Circuit does not get a lot of use prior to or during the race weekend. This year there is actually only one support race, which is something we have little experience of. Therfore, observing and understanding the track evolution will be important. The three sectors at the Yeongam circuit are all very different and that makes it a real challenge to optimise the car. The first sector only has two significant low speed corners; the rest of the sector is spent flat out in a straight line, therefore rewarding a lower drag set-up. However, in contrast the final two sectors are a good mix of low, medium and high-speed corners with shorter straights. As in previous years, the option compound will be the supersoft tyre compound. However, like in Singapore, the prime will be the medium compound, which is one step harder than we used last year. It will be particularly important to understand how this tyre performs on a faster track, particularly in high-speed corners. The recent update packages have all worked as intended and are helping us to fight stronger within the tight midfield pack. Our aim is to continue qualifying strongly and give ourselves the best opportunity to score more points."
F1 News Nico Hülkenberg Sauber
<< Previous article Next article >>
.