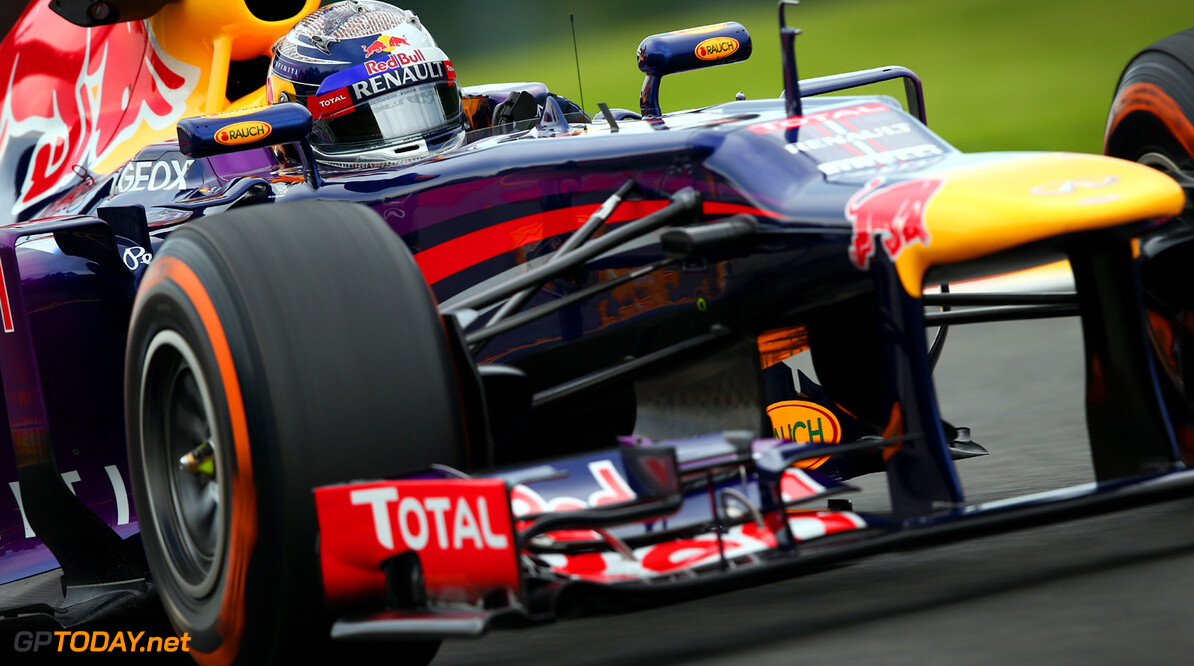 FP2: Vettel in a class of his own with impressive lap

Reality bit on Friday afternoon in Italy when Red Bull's Sebastian Vettel was in a class of his own as the only runner to dip beneath the 1m 25s mark during second practice.

As the world champion lapped Monza in an impressive 1m 24.453s, team-mate Mark Webber was a close second on 1m 25.076s from the Lotus team-mates Kimi Raikkonen and Romain Grosjean. Confusingly for the Enstone team, the pair shared exactly the same lap time of 1m 25.116s though the Finn was using the longer wheelbase E21, the Frenchman the standard configuration.

For a while the times had been close as everyone ran the hard Pirelli tyres, but on the medium compound the Red Bulls  or Vettel's, at least  pulled ahead.

Fernando Alonso managed the fifth fastest time with 1m 25.330s for Ferrari, ahead of the Mercedes of Lewis Hamilton and Nico Rosberg on 1m 25.340s and 1m 25.367s respectively. Their revised low downforce configuration seemed to work better than it had in Belgium, but the gap to Red Bull remained as it had been there.

Felipe Massa was eighth in the second Ferrari with 1m 25.519s, then came the more competitive McLarens of Jenson Button (cleared of unauthorised DRS use in the morning once McLaren explained that the system had malfunctioned) and Sergio Perez, on 1m 25.532s and 1m 25.627s.

Valtteri Bottas's Williams was still slightly off the pace on 1m 27.198s, while underlining the equalising nature of such a low downforce track, Max Chilton was closer than normal to the FW35 with 1m 27.548s for Marussia. That left him ahead of the Caterhams of Charles Pic, on 1m 27.696s, and Giedo van der Garde, on 1m 27.771s, as Jules Bianchi brought up the rear with 1m 28.057s.