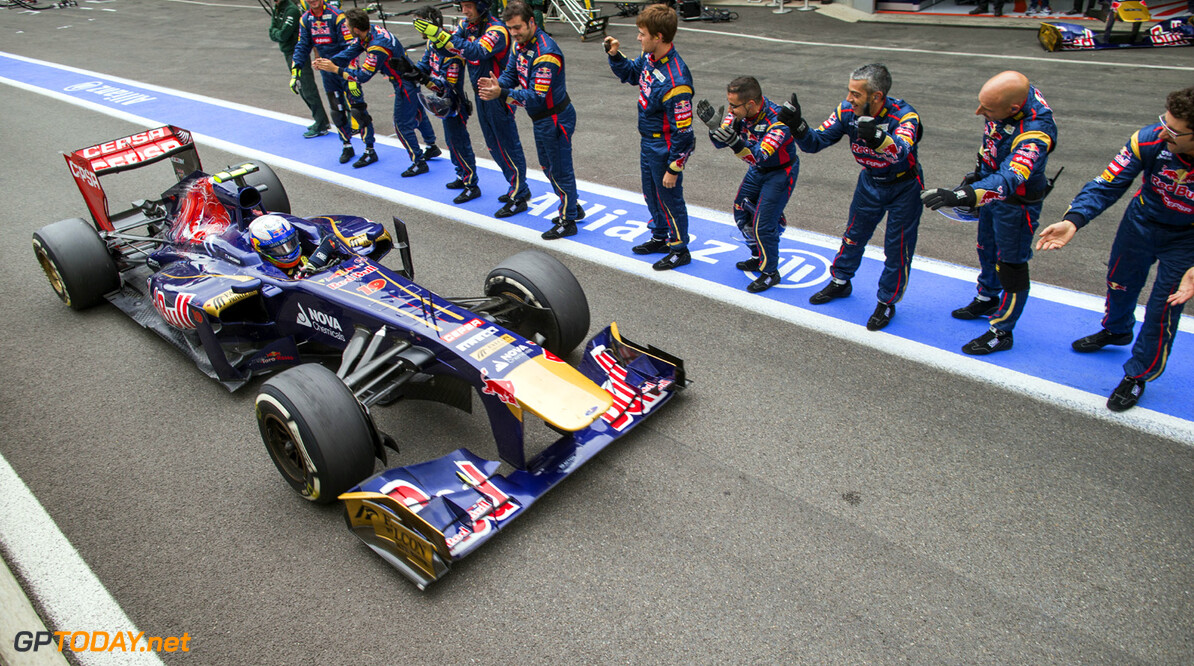 Sebastian Vettel has admitted it would "make sense" if Daniel Ricciardo becomes his new teammate at Red Bull. Earlier admitting his disappointment that Kimi Raikkonen seems out of the frame, Vettel was asked about Mark Webber's claim on Sunday that fellow Australian Ricciardo had been selected by Red Bull to succeed him in 2014. Red Bull bosses denied Webber's claim.

But Vettel said the appointment of Toro Rosso driver Ricciardo would "make sense". "The last few weeks have been very tumultuous in this sense," the German is quoted by Brazil's Totalrace, "but it (Ricciardo's signing) would make sense. He has been with us for a long time. Some people may doubt Daniel is ready, but you could also ask if I was ready when I arrived at Red Bull. How can you know beforehand?" he said rhetorically. "It's not my decision, but I get along with him well," Vettel added.

He also denied that Ricciardo's appointment would leave him - probably a quadruple world champion at the beginning of 2014 - with clear number 1 status at Red Bull. "It's a shame," Vettel started, "that some people on the outside sometimes have the wrong idea about certain drivers and certain teams. In the end, we will give everything to have a good performance, and someone will always prevail. Mark had the strength to beat me and I do the same to him. That's life," he insisted.

Meanwhile, McLaren's Jenson Button has finally counted himself out of the running for the Red Bull seat. He told the Telegraph: "I am very happy here. I will be here. I am definitely not going to Red Bull. I feel that Ricciardo will go to Red Bull, Kimi Raikkonen will stay at Lotus and Massa will stay at Ferrari for another year," the Briton added. (GMM)