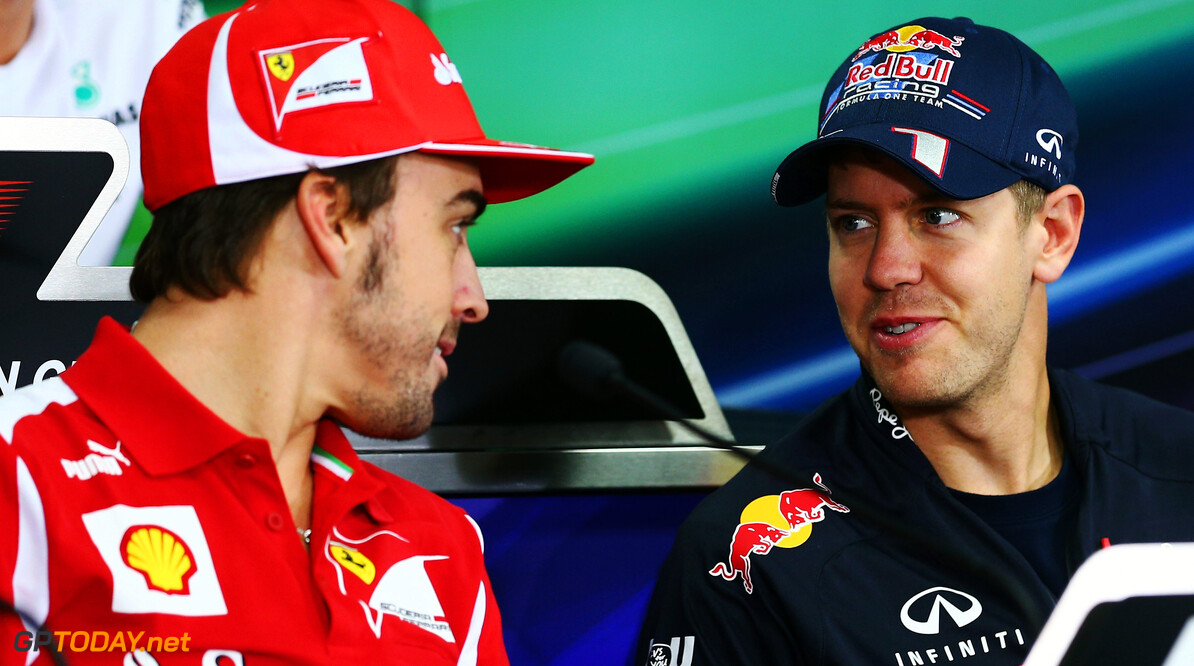 Red Bull is running with the rumour, after Fernando Alonso's manager was spotted in talks with Christian Horner in Hungary. The suggestion Ferrari's number 1 is about to sensationally switch to Red Bull to replace Mark Webber could have been easily denied, as Alonso's manager Luis Garcia Abad also looks after the career of youngster Carlos Sainz jr.

Instead, Horner said: "There are statements about Kimi and statements about Fernando but we have to make sure nothing clouds our judgment about next year." Actually, most informed experts, insiders and pundits suspect Horner is either using the opportunity to destabilise championship rival Ferrari, or that Alonso planted the story to heap pressure on Ferrari.

Indeed, the Spaniard's rhetoric stepped up a notch on Sunday, after he lost further ground to runaway points leader Vettel in the Hungarian heat. "We are trying to close the gap," Alonso told Spanish reporters after the race, "but the superiority of the Red Bull is overwhelming. And not just Red Bull, also Mercedes, Lotus  If the team can make some good new parts in the summer and we win four or five races in a row, we can still win the title," added Alonso.

On Italian television Sky, he sounded even more critical. "It is four years we have had a slower car, between half and one second behind the leader, and we have fought to the end for the world championship still. I do not think it will be different this year. We will fight until the end."

Alonso was less forthcoming when it came to the Red Bull rumours. "Nothing to say," he insisted. Asked if he was however contemplating his long Ferrari contract, he added: "It sounds like the same question put another way. Therefore I will not respond."

He denied knowing his manager had met with Horner, and then pointed the finger at F1's intrigued journalists. "It's nearly August, so four weeks without formula one is a very dangerous period for you guys (reporters)," said Alonso. "I hope you have a calm summer."

Alonso's management team, meanwhile, indicated the thought of the two-time world champion becoming Vettel's new teammate is ridiculous. "Yes," an insider told Marca newspaper, "but only if Vettel is in the second car." Another insider, this one close to Ferrari, told Germany's Auto Motor und Sport the whole story sounds like "a cheap diversion to destabilise".

Horner, meanwhile, ruled out 'swapping' Vettel for Alonso, while F1's reigning triple world champion also indicated he would fight to keep the Spaniard out of the team. "I am sure that Fernando is a nice guy and I respect him as a driver," said Vettel. "I would rather have Kimi." (GMM)