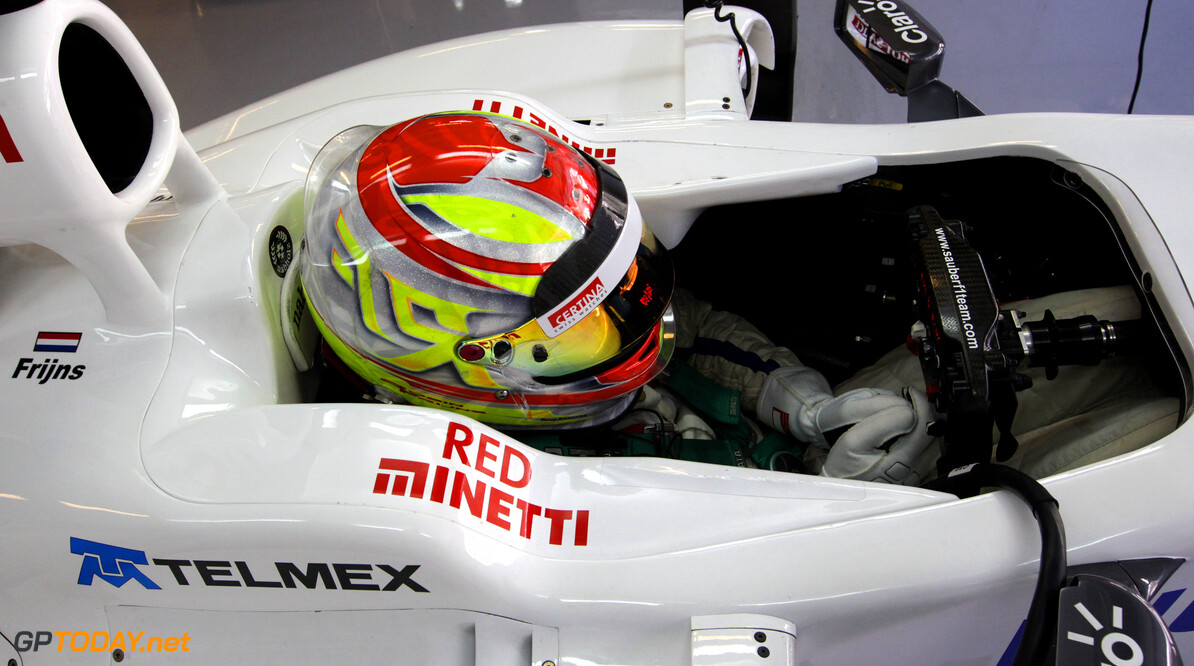 Robin Frijns is relieved he will still test for Sauber at Silverstone later this month. F1 has responded to the tyre-exploding Silverstone crisis by turning the forthcoming 'young driver test' into a full-blown tyre development session.

Dutchman Frijns, Sauber's 21-year-old reserve driver, confirmed to formule1.nl that he is still scheduled to run on days 1 and 2 of the Silverstone test. "It will be a tough test but I am very happy that I will get the chance to drive the 2013 car," he said. "There should be several new components to test," Frijns added. (GMM)
F1 News Sauber
.