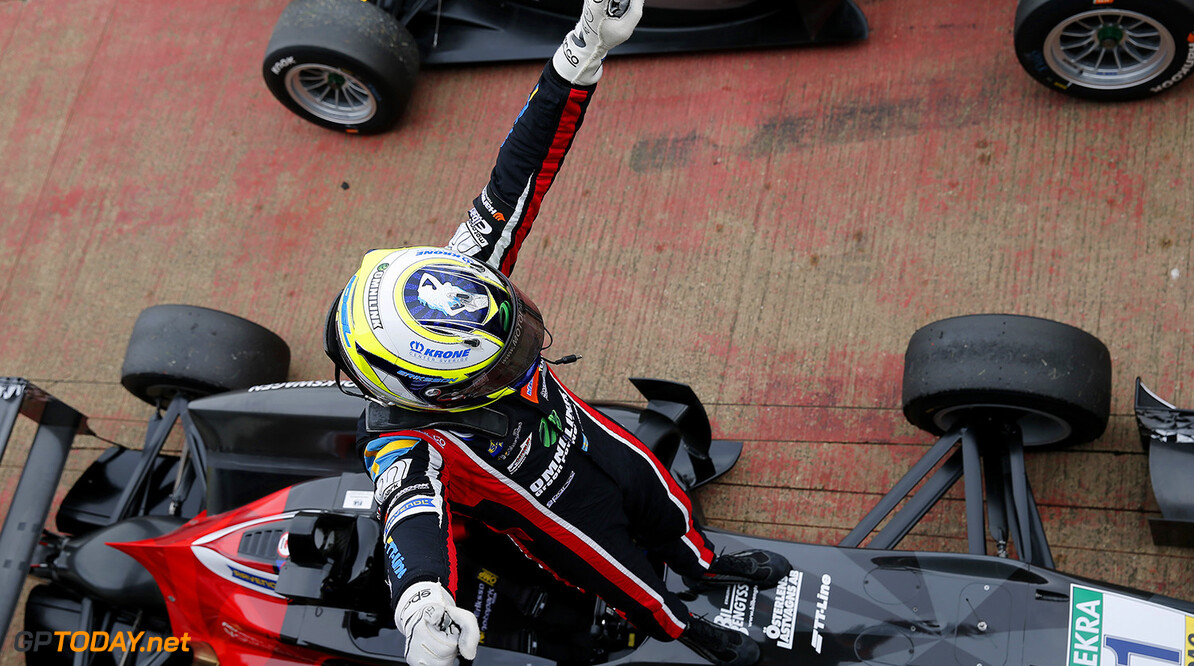 Joel Eriksson dominated the second race at Monza in the FIA Formula 3 championship, leading from pole position to take his second victory of the season.

McLaren young driver Lando Norris crossed the line in second after starting from the front row, but once again failed to get off the line cleanly and dropped a position heading into turn one. However, the Briton was able to fight back and take second place, getting close to leader Eriksson in the dying embers of the race.

Mick Schumacher crossed the line in third to take his first podium of the season. The German was being hunted by Norris early in the race and was running in second before being overtaken by the Carlin at the first Lesmo, and failed to keep up with the 17-year-old.

Maximillian Guenther will be happy with his result as he finished fourth after starting seventh, while Ferdinand Habsburg stormed through the field to finish fifth. The 19-year-old skated through the gravel on lap 1 and lost plenty of positions, but recovered to take a strong points finish from the second race of the weekend.

Guanyu Zhou was sixth in his Prema, while teammate Callum Ilott followed suit. Ilott never seemed to have the pace in the race and despite starting fourth, could only move backwards to cross the line in seventh.

Force India youngster Jehan Daruvala was eighth and couldn't repeat his fantastic race yesterday, mainly due to his ninth place starting position. Ralf Aron was ninth and rounding out the top 10 was Nikita Mazepin.

There was disappointment for Van Amersfoort racing, as Harrison Newey was driving a spectacular race and was seen locked in battle with compatriot Jake Dennis. Newey overtook Dennis but soon, Dennis came back at him and while they were locked together, the two made minor contact which consequently ended the races for both men.

Newey's teammate Pedro Piquet also retired from the race after spinning at the first corner, while both other Van Amersfoort cars of David Beckmann and Joey Mawson finished second and last due to issues in the race.