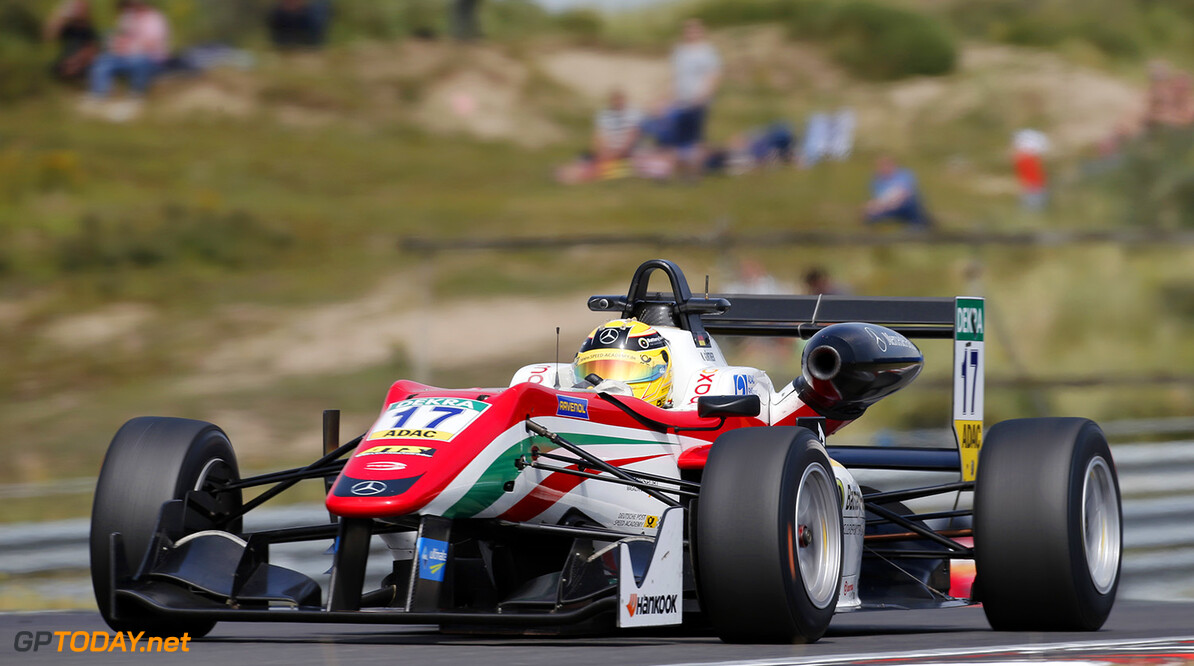 Max Gunther has taken his first win of the season after controlling the pace from the very start and holding off an early challenge from Lando Norris. Gunther started the race from second place but jumped Norris heading into turn one at the start.

The two battled hard and rubbed wheels a couple of times, meaning both had to keep cool heads around the narrow, twisting streets of Pau. They were nose to tail for the first number of laps with less than half a second separating the two.

There were battles happening up and down the field and it wasn't long before it came to blows. Motopark teammate's Marino Sato and Keyvan Andres made contact, causing Sato to spin, however the two were able to keep running and a safety car was not required.

The gap out in front began to expand slightly and it appeared that Norris didn't have an answer for Gunther's pace. Behind, Callum Ilott started to close in on the McLaren junior driver, putting the 17-year-old under pressure to pick up his pace.

Jake Dennis had an uncharacteristic race, never seeming to find strong pace. He made a mistake and was passed by Jehan Daruvala. There was a feisty battle occurring behind them, as David Beckmann attempted to hold back Guanyu Zhou.

Lap 16 saw Marino Sato in the pits, while one lap later Guanyu Zhou also peeled in with damage, leading both men to retire from the race. The gap at the front looked stabilised, with Gunther still out in front leading.

Just then, championship leader Joel Eriksson made a mistake and sent himself into the barriers, retiring from fourth position. The mistake would have a costly effect on his championship stance if Norris was able to hold on to where he currently sat.

A safety car was set to come out, however, the car was cleared very quickly and none was required, much to the relief of Max Gunther who was sitting comfortably at the front. Joey Mawson was unfortunate to sustain suspension damage on the final lap and failed to make the chequered flag.

That left Max Gunther to cross the line, taking his first win of the season and becoming the fourth different race winner in Formula 3 in 2017. Norris came home in second, meaning he now takes over the lead of the championship. He heads Eriksson by eight points. Also climbing onto the podium was Calum Ilott, who will be happy after retiring from yesterday's race on the first lap.