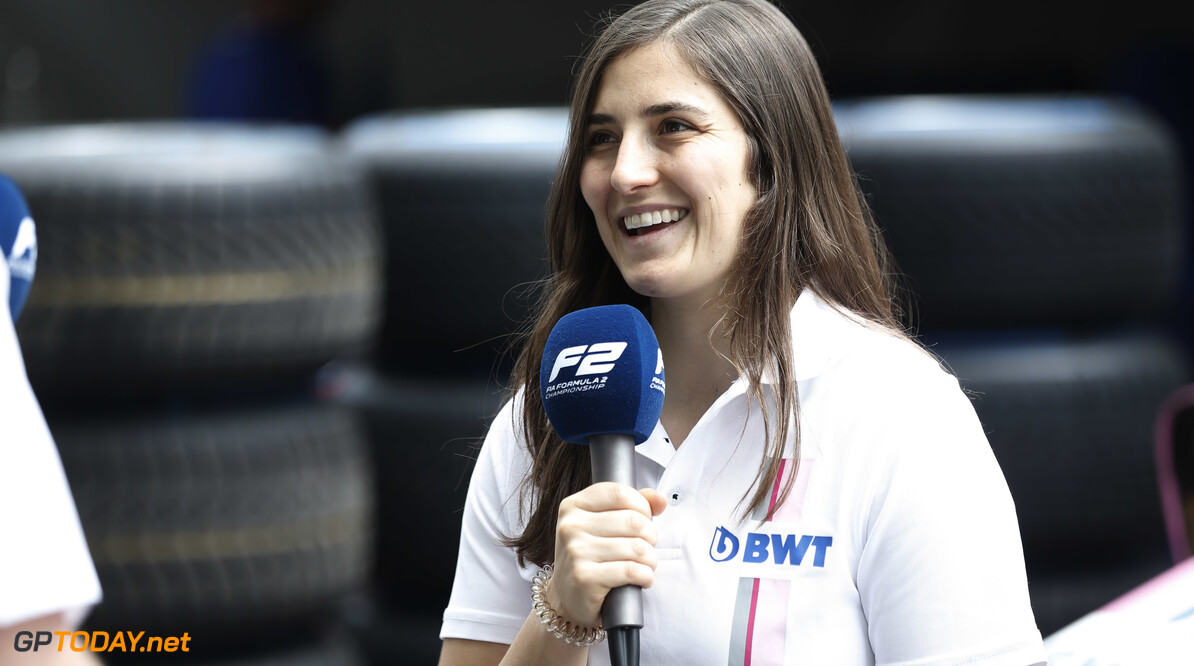 Tatiana Calderon is hopeful that she will receive a test outing for Alfa Romeo later this year.

The Colombian is working as the Formula 1 team's test driver in 2019, and took her first drive in a modern F1 car last year when she drove the Sauber C37.

However, she is yet to take part in an official F1 test, while Mick Schumacher drove the Alfa Romeo C38 in Bahrain and Callum Ilott will get behind the wheel next week in Barcelona.

Calderon, who will be in action in Formula 2 this weekend, has laid out her aims for the upcoming year.

"I hope to be able to drive a Formula 1 car this year,” said Calderon. “I think I’m privileged to be able to do Formula 2 this year. We have potential but we still need to turn a corner.

“Let’s see if we can continue to fight in Montmelo. Kimi is relaxed and enjoying himself, which is when he shows his real potential.”

Calderon admits that her maiden weekend in F2 wasn't what she hoped for, as a mechanical issue out her out of the feature race.

During Sunday's sprint race, the 26-year-old crashed out on the opening lap, taking two of her competitors with her, which resulted in a grid penalty's for this weekend's feature race.

"Overall it was a quite difficult weekend," Calderon stated. "It’s a shame about Race 1 because we had a different strategy and we won’t ever know where I would have finished.

“But without the technical problem, I think a top-eight was definitely possible and it would have changed things for Race 2.

"But there’s no excuse for the crash. I had a really good start from 17th on the grid and I overtook quite a few cars into Turn 1.

“I misjudged the braking in Turn 2, I locked up and then I was a passenger from that point on.

"Taking the positives, our race pace is quite good and hopefully now that we go to Europe, where we know the tracks more, we can score our first points of the season.”