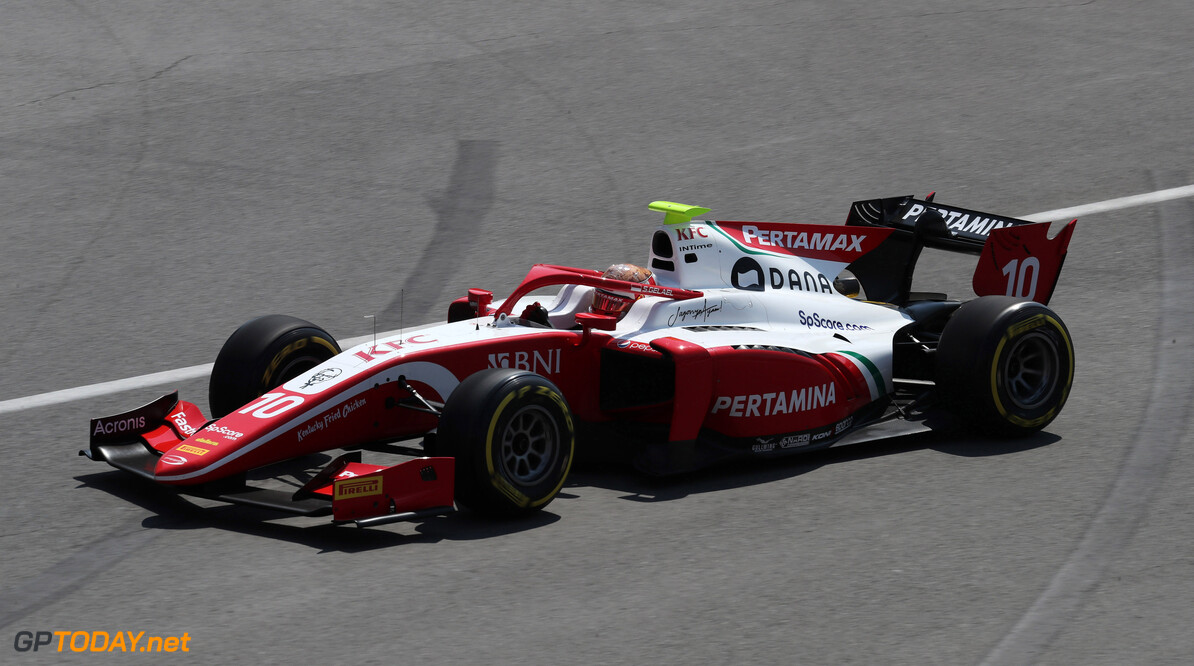 Gelael disqualified from qualifying after knocking over marshals

Sean Gelael has been officially disqualified from the Formula 2 qualifying session after he knocked down two marshals during the session.

The Indonesian driver stopped on the circuit shortly after the green flag, and remained still until the marshals came to the car.

As they pushed him back into action, two marshals toppled over as Gelael drove away, returning to the pit lane, where he was informed he couldn't take part in the remainder of the session.

The Stewards stated that Gelael "restarted his car which resulted in a dangerous situation for the marshals".

“He was then prohibited from taking any further part in the session. Furthermore, it was decided that he was disqualified from the results, but the Stewards have given him permission to start tomorrow’s feature race from the back of the grid."

Mahaveer Raghunathan to start feature race from the pit lane

Mahaveer Raghunathan was also penalised after the day's running in Baku.

The MP Motorsport racer "failed to stop for weighing during this morning's free practice, when signalled to do so by the red traffic light."

Raghunathan was deemed guilty of breaching Article 29.1 of the 2019 FIA F2 Championship Sporting Regulations, and will therefore start the opening race of the weekend from the pitlane.