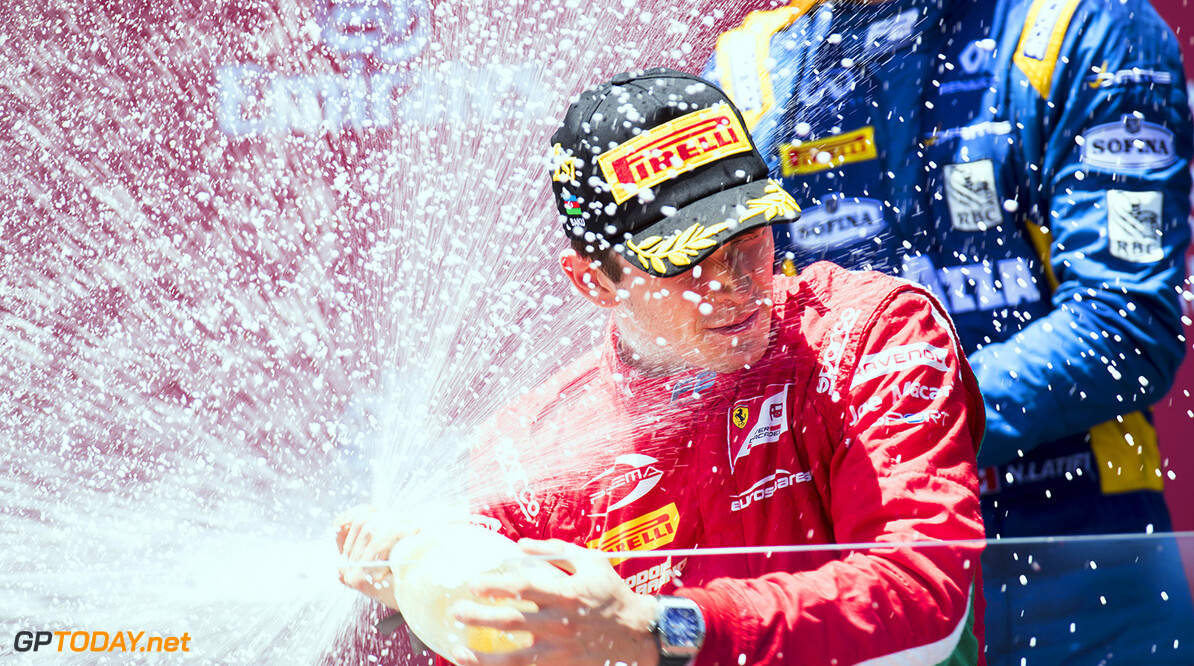 Leclerc dominates to take fourth win of the season

Prema’s Charles Leclerc has turned his fifth pole position into another race win in a comfortable fashion. His team mate Antonio Fuoco, who has had a tough few races bounced back and scored his first podium in F2 with third place. Fuoco was running in second for most of the race until he faced the charging Nicholas Latifi.

Latifi and his Dams team mate Oliver Rowland both chose the alternative strategy. Both drivers showed pace and Rowland was ahead until Latifi passed him on lap thirty-six in spectacular fashion. Rowland defended his line but Latifi had too much pace and they switched places for third and fourth respectively. It was a good recovery driver for Rowland after getting a poor start and dropping down the order to finish where he started. even running higher up during the race.

McLaren junior Nyck De Vries stalled from sixth position on the formation lap and subsequently started from the pitlane. Unfortunately for him. he was not able to make it through the field in the Rapax. Norman Nato did not have much of a race either as on the main straight on lap six his car slowed due to mechanical issues and he had to pull over and retire, losing his point scoring position.

Russian Time's Artem Markelov had managed to climb from fourteenth on the grid to seventh by lap six. He kept his pace and nose clean but Ralph Boschung passed Markelov for seventh so by the team the chequered flag came Markelov finished in eighth place. He may have lost seventh but eighth puts the Russian driver on pole for the sprint race tomorrow.

His teammate Luca Ghiotto had a fight on his hands as well as he lost time during the pit stop. He stalled exiting his pit box and was unable to make up the time lost, ruining his race and losing points for himself and the team.

Behind Markelov came Jordan King who from laps sixteen and eighteen battled with Ralph Boschung for tenth and then Louis Deletraz who appeared determined for points for eleventh. Just over ten laps later Deletraz made a mistake and lost places leaving him in a battle with Sean Galeal and Sergio Canamasas. Gelael passed Canamasas on the inside which left Canamasas unhappy, but the stewards had no issue with the move.

One incident they did look at included Gelael and his move on Deletraz when they were side by side and banged wheels. However, they deemed that a racing incident with no further action for either driver.