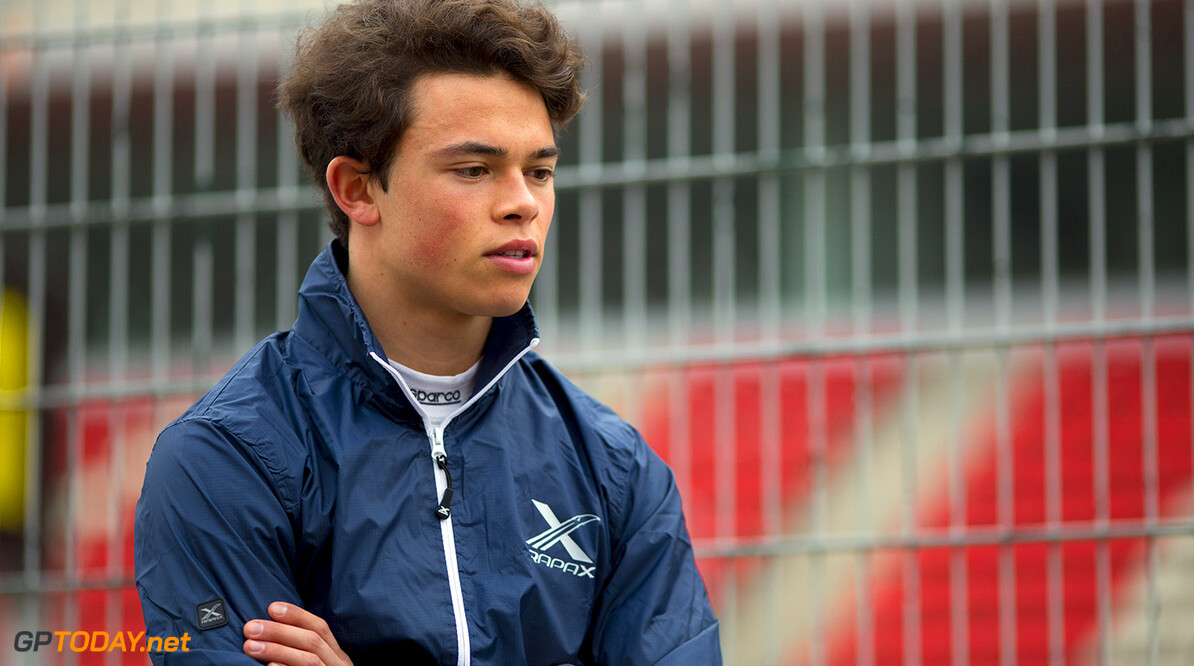 Rapax's Nyck de Vries took a commanding win from pole at the Saturday F2 sprint race in Monte Carlo, pulling away from teammate Johnny Cecotto to cross the line virtually unchallenged. Racing Engineering's Gustav Malja was third after resisting pressure from behind, meaning the top three finishers all retained their grid positions.

De Vries immediately stamped his authority as the lights went out, surging into the lead as Cecotto and Malja slotted in behind. The tight and twisty nature of Monaco meant that difficulty in passing would be inevitable, and De Vries was, therefore, able to quickly build a lead, setting his first fastest lap on the third time of asking.

This would be challenged over subsequent laps by other drivers in the top ten - Nobuharu Matsushita and Alexander Albon among them - but the Dutchman continued to reign supreme. The first major pass among the top runners came on lap 9, when Sergio Canamasas snatched tenth from Antonio Fuoco, but there was little movement thereafter until lap 13, by which time De Vries had an advantage of over 2.5 seconds.

Russian Time's Luca Ghiotto had begun to gain on Malja by this point, and his team-mate Anton Markelov was soon also challenging Albon for fifth. He eventually took this on lap 21 with a move through Anthony Noghes, allowing himself and Ghiotto to pile combined pressure on Malja for the final podium spot. Meanwhile, home hero Charles Leclerc ended a miserable weekend with another retirement, parking in the pits after starting seventeenth and struggling throughout.

Third eventually appeared to be safe for Malja after Markelov dropped back and Ghiotto could not find a way past the Swede. The field was undisrupted by a late collision between Canamasas and Oliver Rowland with two laps to go, meaning there was little chance of any late changes in the order, and De Vries won from Cecotto and Malja, with Ghiotto and Markelov continuing Russian Time's good form in fourth and fifth. Albon was sixth, ahead of Matsushita, with Jordan King eighth and Race 1 winner Rowland surviving his accident to take ninth. Antonio Fuoco completed the top ten for Prema.