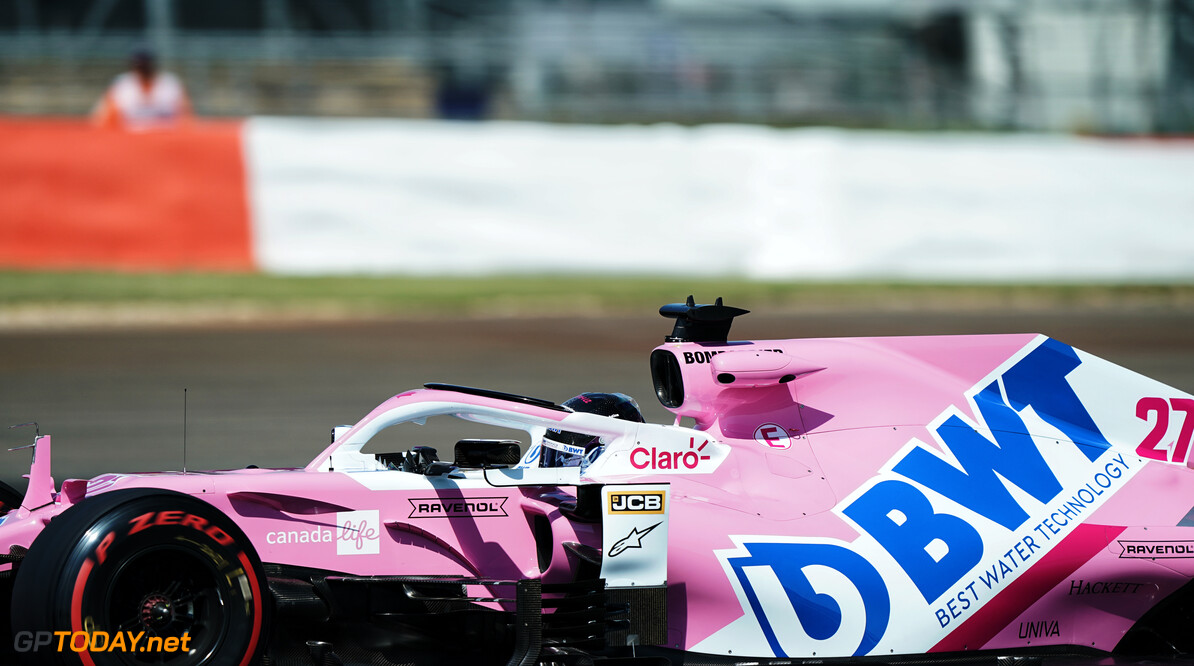 Nico Hulkenberg asserts he has more time in hand to produce throughout the remainder of the British Grand Prix weekend.

The German driver has been called up by Racing Point to replace Sergio Perez this weekend, as Perez tested positive for coronavirus on Thursday.

Hulkenberg arrived at Racing Point's factory at Silverstone on Thursday night for a seat fitting, before he jumped onto the simulator for a short session this morning.

Hulkenberg, who was dropped by Renault at the end of the 2019 season, was seventh fastest at the end of FP2, six-tenths down on teammate Lance Stroll who topped the session.

“The last 34 hours have been a bit special, crazy and wild,” Hulkenberg said. “At 4:30 PM yesterday I got the call, took the plane here, seat fitted until 2:00 AM, 8:00AM this morning into the simulator for an hour, a bit of prep work, it was a short night.

“But [it was] all worthwhile. [A] great effort by the team, want to thank the team and the night shift guys who did an amazing job to fit me in the car quite comfortably, and the FIA for turning it around so fast with the super licence.”

Hulkenberg says he got up to speed quickly in the Racing Point simulator, which has different functions and layouts compared to his most recent experience with Renault.

“I got to grips pretty quickly with things, it's just getting used to the steering wheel a little bit and the functions. We didn't have heaps of time because I had to be tested as well.

“But the real deal today, we've got the programme in, got many laps in, which I feel - I've really been thrown into the cold water here.

“I think my body will feel it tomorrow and the day after. It's obviously a huge challenge but I'm not shy of that one.”

Hulkenberg raced for the Silverstone-based team before in 2012 and then again from 2014 to 2016, when it ran under the Force India name.

“Many of the old faces are here, so that helps to feel at home, going to a place with people that you know, that's obviously a small benefit,” Hulkenberg admitted.

“I tried to take it step by step today, get used to the car. It is quite different to last year. It does take time to inhale everything, understand it and know how you have to drive it.

“You see there's huge potential and the car is massively fast. I didn't exploit the soft tyre that well, I have a bit more in the bag. I need to use that tyre better.”