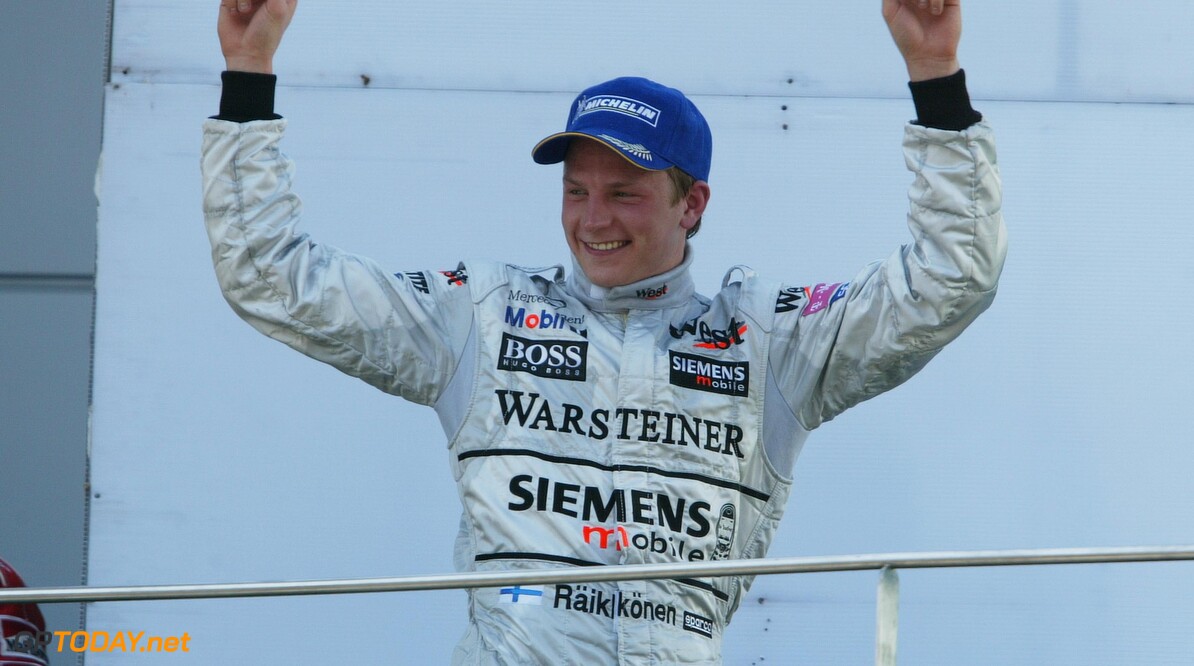 Today marks 17 years to the day that Kimi Raikkonen stepped onto the Formula 1 podium for the first time in his career, triumphing at the Malaysian Grand Prix.

Raikkonen's career in F1 was still in the very early stages, and it would progress to be one of the longest stints in the sport that anyone had ever seen.

However, his first F1 victory came in just his third full season in the sport, and the one that many believe to be one of his strongest - despite it not being his championship success season.

Heading into the round in Malaysia, which was the second event of the 2003 season, Raikkonen was third in the drivers' championship after picking up a third-place finish at the season-opener in Melbourne.

Fernando Alonso picked up his first career pole position in what was just his second race entry with Renault. It was an all-Renault front row as Jarno Trulli lined-up alongside the eventual two-time F1 world champion. 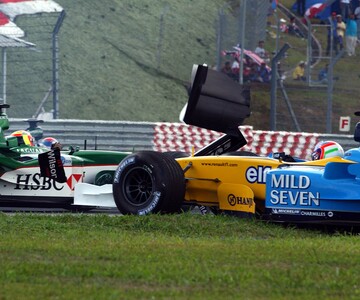 However, Trulli's time at the front didn't last long, as at just the second corner of the race, he was tagged by the Ferrari of Michael Schumacher, sending the Italian to the back of the grid. Schumacher took the blame for the accident and was handed a drive-through penalty for his troubles. Raikkonen, who started from seventh, found himself in fourth at the end of the opening lap.

However, Raikkonen would soon progress further, making his way onto the podium positions by overtaking Nick Heidfeld at Turn 1 on the second lap of the race.

As Raikkonen set his sights on teammate David Coulthard, he needn't have feared a battle as the Scotsman pulled over to the side of the road at the end of lap two with an electrical issue, sending the then championship leader out of the race.

Alonso continued to lead and pulled out a six-second gap over Raikkonen in the opening three laps. By doing so, Alonso became the youngest driver in F1 history to lead a grand prix, beating a 52-year record held by Jimmy Davies.

Rubens Barrichello would soon move up into third place behind Raikkonen, however the gap was quite a large one. Alonso gave up his lead on lap 14 when he peeled into the pits for a scheduled stop.

Raikkonen, who was initially carrying more fuel than Alonso and therefore a heavier car, now had the lighter machine and began posting fast lap times.

When he pitted five laps after Alonso, he emerged ahead of the Renault driver and was in the net lead, as Barrichello was yet to come into the pit lane.

The Ferrari driver would be serviced a couple of laps after Raikkonen, but did not clear Alonso in the pits and remerged in third place.

However, in the second round of pits stops, Barrichello would take advantage of the later stop and rejoin the circuit in second place ahead of Alonso. Raikkonen stayed out later than any of them, having stretched his lead to a comfortable margin.

After making his final stop, the Finn cruised to victory, crossing the line almost 40 seconds 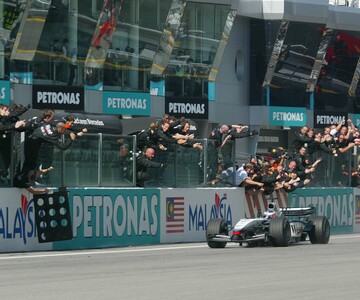 ahead of Barrichello. By doing so, Raikkonen took the lead of the drivers' championship ahead of teammate Coulthard, while eventual champion Michael Schumacher had just six points to his name.

Raikkonen would not win a world championship in his six years with McLaren, finishing second in the standings on tow occasions (2003 and 2005). He won nine races for the Woking-based team before moving to Ferrari in 2007, where he earned the title of world champion.

After a break from the sport, for three seasons, he returned in 2012 with Lotus before enduring a second stint at Ferrari, where in 2018, he took his first race win since 2009.