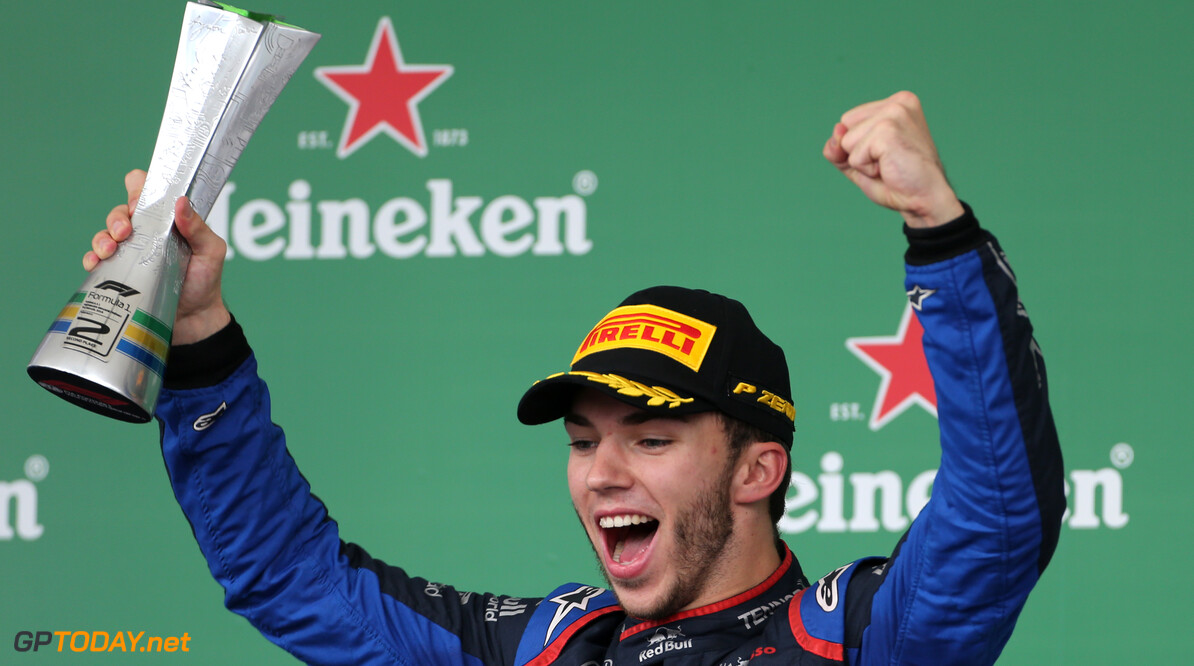 Pierre Gasly admits he had confidence in his own abilities to perform well at Toro Rosso after he lost his seat at Red Bull midway through the 2019 season.

The Frenchman was promoted back to the junior team, five months after the start of the campaign that saw him struggle at Red Bull alongside Max Verstappen.

Gasly was replaced by Alexander Albon, who has retained the seat at Red Bull for 2020, while the former will remain at Toro Rosso.

Following his return to Toro Rosso, who has been renamed AlphaTauri for the upcoming year, Gasly scored five top-ten finishes, including his maiden podium at Brazil.

MORE: Rebranded Alpha Tauri confirms launch date for 2020 car | Kvyat: Toro Rosso needs to be on 'top of our game' for 2020 strides

"I've been fast every single year in my career," Gasly said. "I knew what was not going right during the first six months and when I got the news, I was confident that coming here [Toro Rosso], I would be competitive again.

"To be fair, I wasn't actually surprised. You want to be consistent and it's difficult coming to a new car and not knowing what to do.

"It takes some time to really adapt to it. I've been fast since my first season in single-seaters, so I wasn't surprised to be fast in the Toro Rosso."

Gasly wanted to perform positively straight away at Toro Rosso

Gasly says he had a lot more preparation to do at Toro Rosso in the middle of the season as he had to get used to the new car quickly.

At his first race on his return to the Italian squad, he crossed the line in ninth place - which he highlights as an important moment for his progression.

"Coming to Spa I had more preparation [to do] with Toro Rosso because I worked with a new engineering team around me," Gasly said.

"It was a new car, and you have a really small time to get used to it. Practice, you get maybe two laps on each set [of tyres] where you can push.