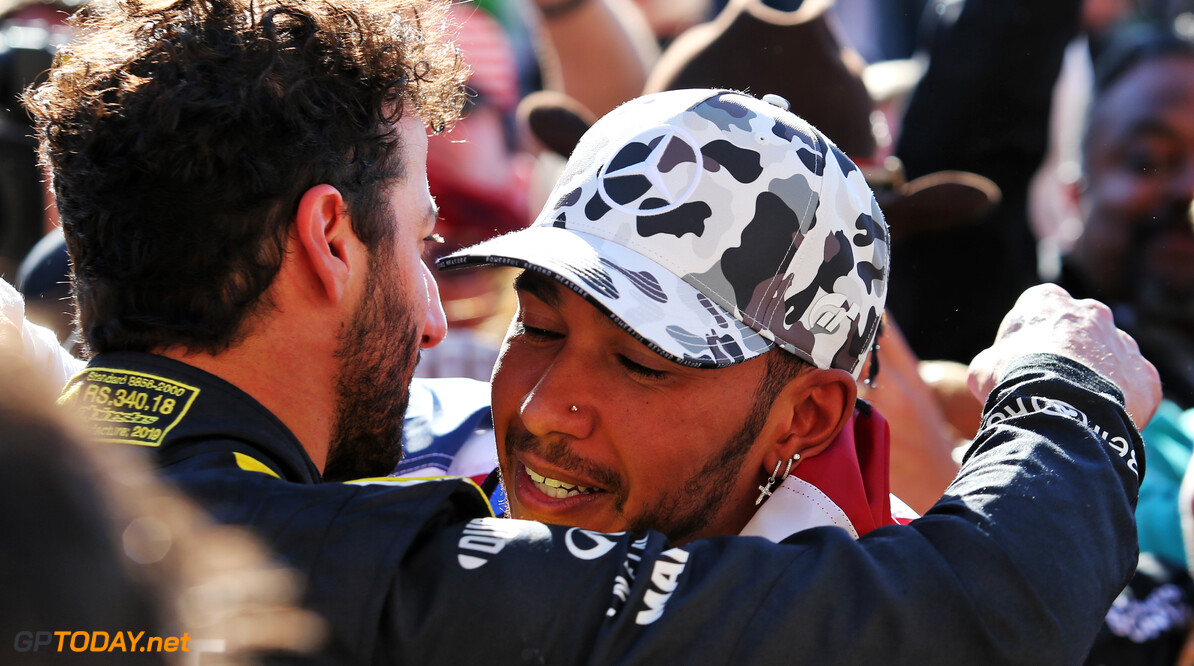 Daniel Ricciardo believes any team other than Mercedes will feel relief to put the 2019 season behind it.

Mercedes won its sixth consecutive drivers' and constructors' championships in 2019, in what was a dominating season for the Silver Arrows.

Ricciardo brought an end to his first season at Renault in Abu Dhabi last month. The Australian joined the Enstone-based squad after spending five years with Red Bull.

It was a mostly disappointing campaign for Renault, who failed to retain fourth place in the constructors' championship, losing out to McLaren, and almost finding itself pipped to fifth by Toro Rosso.

"I think if you're any other team other than Mercedes there's relief to put a line under a season," Ricciardo said. "If you win, it's probably sad to see the season end.

"You feel a bit of everything at the end of the season. First of all, it's exhausting, as we all know who travel nearly each weekend every year.

"It's nice to know that sometime soon you can stay away from airports over Christmas for a month or so, so that's good."

Ricciardo recently stated that podium results are the aim for Renault in 2020 when he will be joined at the team by Esteban Ocon.

MORE: Ocon not disappointed to miss out on 2020 Mercedes seat

Ricciardo added that there are things that Renault can learn from 2019 that it can carry over and improve upon for the upcoming season.

"From a work point of view, especially this year for us, there's been some highs and some lows. We obviously want to do better next year.

"So we'll be happy to be like 'alright, let's put this behind us and see what we learn for next year'."