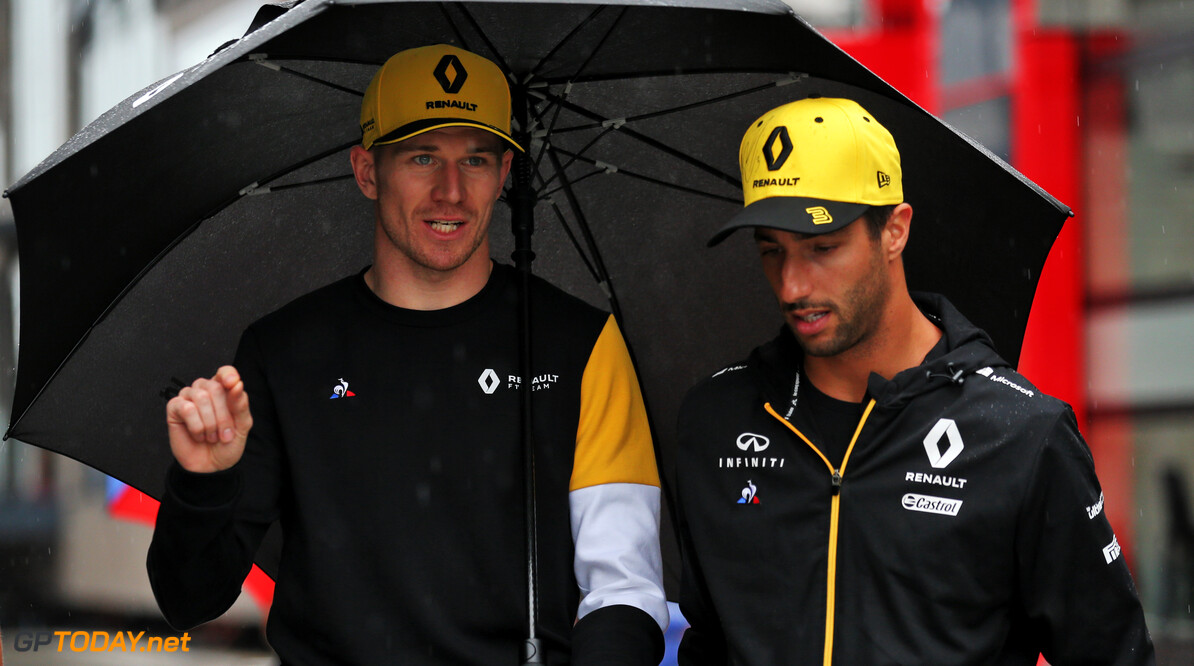 Daniel Ricciardo says he eager to stop Nico Hulkenberg gaining too much confidence in their intra-team battle early on in the 2019 season.

The two formed Renault's driver line-up this year, with Ricciardo joining the team after spending five years at Red Bull, where he picked up seven race wins.

The Australian made the surprising call to switch to the Enstone squad in search of a new challenge, pairing up with Hulkenberg, who was at Renault since 2017.

MORE: Ocon not disappointed to miss out on 2020 Mercedes seat

Despite the difficult year for the French manufacturer, which saw it end the constructors' championship in fifth place, Ricciardo affirms that he never stooped to a point where he regretted his decision to leave Red Bull.

"I never actually got to the point where I thought 'what have I done?'. At the start of the year, after Bahrain, I was a bit down," Ricciardo admitted.

"Albeit, it was only the second race of the year, but I was more down on my performance. It's not that easy to bring this car up.

"I think the reality of me reaching my potential in a car that was difficult, at times I was like 'this isn't going to be as easy as I thought'."

However, Ricciardo soon picked up confidence as he eased himself into his new team, stating that he wanted to stop the more experienced midfield driver of Hulkenberg gaining too much momentum.

"But then a couple of weeks later in Shanghai, that was a good weekend, it was a best of the rest weekend. So it quickly turned around.

"After Bahrain, it didn't get to a point where I was questioning it, but more myself," Ricciardo said. "With Nico alongside me, he's experienced, he's been in the midfield pack for a long time.

"I could already see that and I thought 'I can't let him build too much confidence early' because it's just going to get harder for me. So I was aware I had to figure it out quickly."