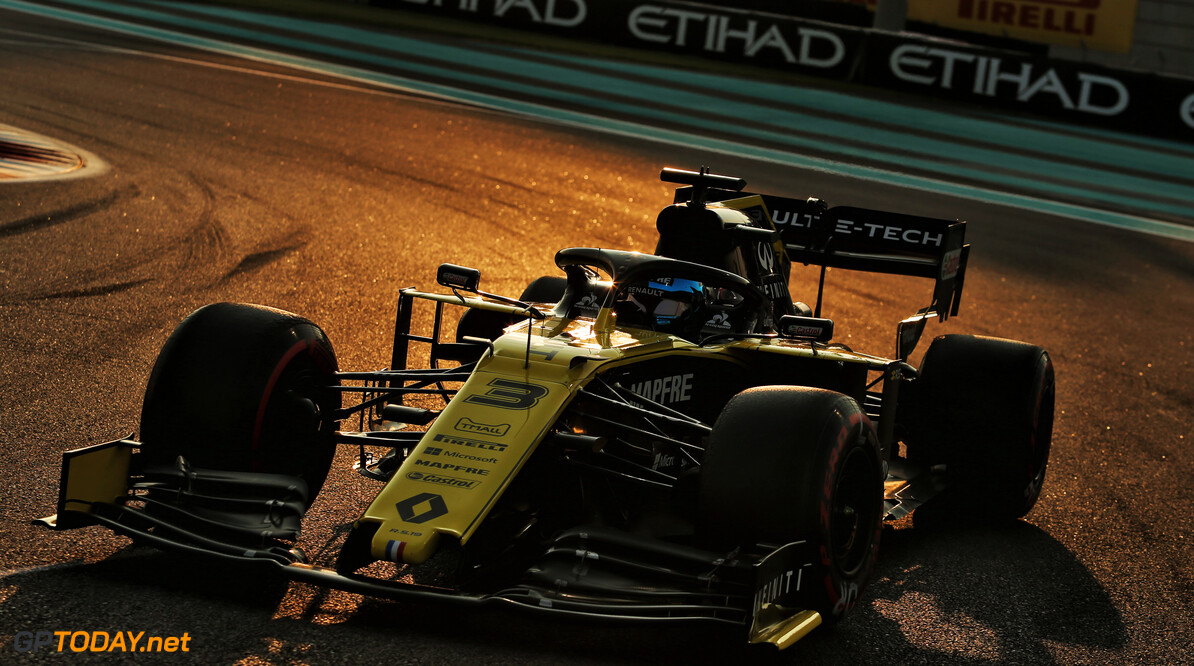 The Enstone squad ended the season fifth in the constructors' championship, having ended the previous year in a clear fourth place.

2019 marked Ricciardo's first year with Renault, and he will be joined at the team next year by a new teammate in Esteban Ocon, who returns to Formula 1 after a year on the sidelines.

Two midfield teams (Toro Rosso and McLaren) achieved podium results in 2019, while Renault is still searching for its first since rejoining the sport as a works team in 2016.

Despite the shaky season for Renault, Ricciardo affirms that the team is still on the right path, and that podium success could come its way in 2020.

“This season hasn’t been disheartening," Ricciardo said. "I think we can get this going next year for where we can still believe in 2020. [We’re on track] to reach some podiums next year.

“Yeah, it’s a stretch, but I do believe that if we do what we believe we can, it’s still there. This season hasn’t taken any wind out of our sails, it’s just a bit more fuel for the fire."

However, Ricciardo insists that the team hasn't forgotten the high moments of the 2019 campaign, which included dominant midfield displays in Canada and Italy.

In Canada, the Australian driver qualifying in fourth place and ended the race in sixth, while in Italy, Renault was the clear fastest team in the midfield battle.

"We haven’t reached the real rewards yet. But even just seeing how relationships have been formed with members of the team, you don’t forget the highs," he said.

"After qualifying in Canada and seeing everyone, there was a happiness but also a weight off everyone’s shoulders – we can do it, we can run at the front. So, like, these moments, they’re encouraging, they’re inspiring. It’s cool.”